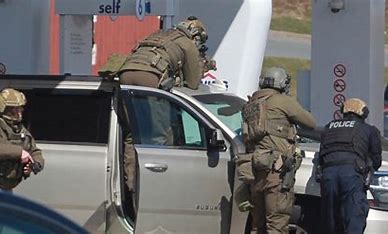 On April 19th, 2020, a gunman by the name of Gabriel Wortman impersonated a police officer and went on a shooting rampage that lasted around 12 hours and spanned for miles.

The shooting began when the 51-year-old denture-fitter attacked his wife, who escaped into the woods to hide. Wortman then set his house on fire. Afterwards, Wortman started impersonating a police officer and drove a decommissioned police car. In the 12-hour period before his death, 22 people were killed including one Royal Canadian Mounted Police Officer. The rampage ended at a gas station in the town of Enfield, more than 90 miles south of Portapique, the small town where it began.

Witness reports claim that Wortman had a collection of police uniforms and decommissioned and replica police cars, as well as a collection of firearms, including two semi-automatic handguns and two semi-automatic rifles. Reports also claim that Wortman was a millionaire and owned multiple properties in the Portapique area. Inside the police car that Wortman was driving, police found two assault rifles and one handgun, which Wortman had stolen from the police officer that he had murdered. Three of the guns were found to have originated in the United States and one from within Canada.

Wortman was also described by court documents following a probe as a “psychopath” and “paranoid”. He was said to dislike police and was abused as a child. Neighbors also claim that he seemed to be extremely paranoid of COVID-19 pandemic.

Previous Bullet Journaling
Next Removing CO2 from the Atmosphere