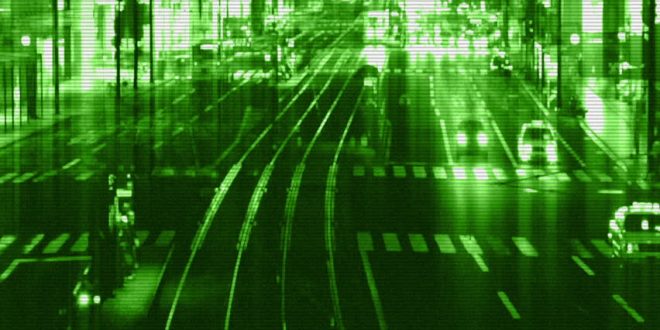 Scientists in the United States and China have recently claimed that they have developed a way to possibly enable humans to see infrared light. The technique is based on injecting the human eye or eye of another mammal with particles that convert invisible wavelengths of infrared light into visible wavelengths so that they can be seen. The technology has not been tested on humans yet, but the experiments on mice show that the mice are able to view infrared light visibly without having perception of visible light altered. Gang Han, a chemist at the University of Massachusetts Medical School and co-author of a paper on the topic, says that this new breakthrough will lead to a better understanding of visual perception in us humans and other mammals. He also says that it could lead to new ways to treat color blindness and other visual disorders, if can be shown to work in their tests. Additionally, Gang Han believes this tech could also create “superdogs” used by police that could catch criminals in the dark with ease. It could alter how we see the night sky, since many objects in space give off infrared signals.

The technology doesn’t provide the ability to see longer wavelengths of infrared light given off by living beings and warm objects, says Tian Xue, a neuroscientist at the University of Science and Technology of China and co-author of the paper, but it could theoretically give humans the ability to see bodies and objects in the darkness without any night vision paraphernalia, though you would need an infrared light. In their experiments, the scientists injected particles treated with proteins into the retinas of the mice so that they glued to light-sensitive cells. Once in place inside the rodents’ eyes, the particles would convert infrared light into shorter wavelengths, allowing the mice to see green light. To test the effectiveness of their experiments, Han, Xue, and their collaborators put regular mice in an unlighted box, then a box illuminated with infrared light. The mice showed no preference to either of the boxes. However, when they placed mice treated with the particles in the second box, which was illuminated with infrared light, the mice showed a preference to that box.

Many fellow scientists around the world have praised the experiments, saying the probability of success rate of the technology in humans is high, but they also state the risks of the human eye being damaged if the tech is tested on humans. Many people object to this kind of testing in humans unless it can be done perfectly risk-free. The team of researchers is now moving on to testing bigger mammals, likely dogs.