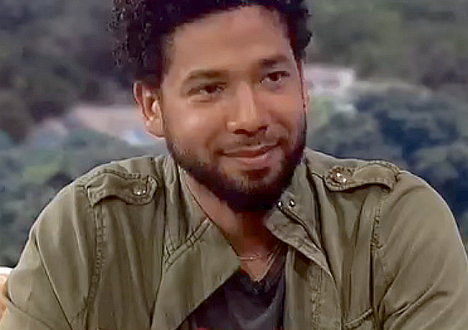 Recently, Jussie Smollett pleaded not guilty to newfound charges that accuse him of faking an attack on himself last year and a filing police claiming that the attack was real.

His lawyer entered the not guilty please to six counts of felony disorderly conduct. She also told Judge James B. Linn that she requested the Illinois Supreme Court to halt the case. Linn on Monday set a $20,000 personal recognizance bond, which means Smollett does not have to pay any of it. He was not taken into custody.

His next court date is March 18. Smollett’s attorneys also have filed a motion in Cook County court arguing that the refiling of charges violated protections qualified as double jeopardy. Prosecutors say double jeopardy should not apply because Smollett was never prosecuted for the charges.

Smollett has repeatedly denied police allegations that he staged the attack to get attention and further his career. Smollett told police that two masked men attacked him as he was walking home in the early hours of Jan. 29, 2019. He claims that they made racist and homophobic insults, beat him and looped a noose around his neck before fleeing, and that at least one of his attackers was a white man who told him he was in “MAGA country”, a reference to Donald Trump.

Several weeks later, police alleged that Smollett had paid two black friends to help stage the attack because he was unhappy with his salary as an actor on “Empire,” a television show that revolves around a black family as they navigate the ups and downs of the recording industry. The friends, brothers Abimbola Osundairo and Olabinjo Osundairo, have been attending court proceedings along with Smollett. If Smollett’s case makes it to trial, they would be the state’s star witnesses. The brothers are aspiring actors whom Smollett knew from the show “Empire”.

Previous Dualism and the Soul
Next The Need for Consistency