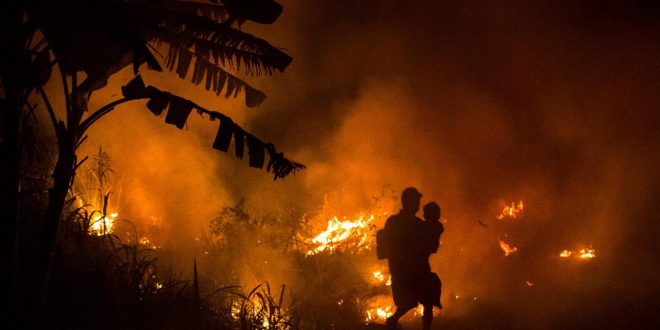 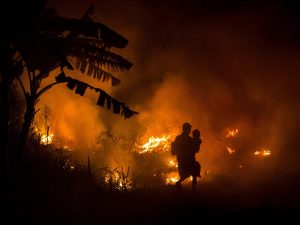 100,000 deaths. 500,000 ill. 16 million dollars in damage. These were all caused by the forest fires that currently plague Indonesia. The biggest concern is the air pollution from these fires, as tiny particles from the forest fires enter people’s lungs and cause respiratory  problems like asthma, lung cancer, heart attacks and brain strokes.

Even though these fires typically break out in September, scientists started watching out for fires in July because they knew El Nino, the ocean-atmosphere climate interaction linked to a periodic warming in sea surface temperatures, was going to hit hard.

In Indonesia and most of Southern Asia, much of the land is dry and can easily catch fire. Since the fire spreads quickly, these kinds of fires can only be put out by rain.

The Indonesian government currently doesn’t know how to solve this problem, and NASA strongly stresses that in order to save more lives, countries like Indonesia need to strengthen their preventive measures. If you ever visit Southern Asia, be careful of dry areas!

Cindy is senior at Henry M. Gunn High School and is incredibly honored to be a part of the Rising Star Magazine team. She enjoys belting out Disney songs, playing piano, watching Chinese dramas, and babysitting. Cindy serves as California DECA's VP of Silicon Valley and is also the singing teacher at FCSN and the President of HEARTS Nonprofit. She can be contacted at cindy@risingstarmagazine.com
Previous Thousands protest over presidential election for the second day
Next A Guide to Japanese Ramen