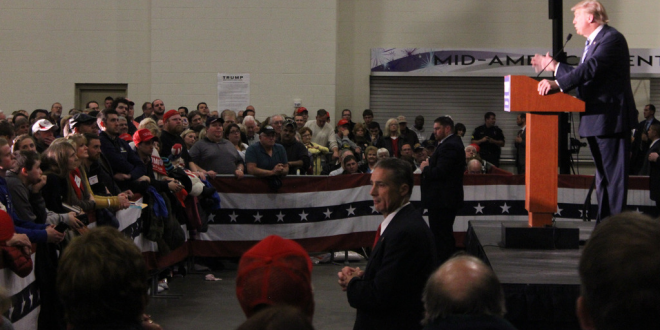 Thousands protest over presidential election for the second day

On the fateful morning after Election Day on Nov. 9, it was clear that Donald Trump would become the next president against many people’s expectations. He won 290 to Hillary Clinton’s 228 electoral votes although Hillary Clinton led in the popular vote by nearly 400,000 votes.

On Thursday, refusing to accept Trump’s victory, thousands protested in the streets of many cities throughout the country.

Protesters held signs saying messages such as “Not my president”. It is clear that many people are unhappy with the president-elect. Some people are afraid of Trump and what he will do to the country.

Many fear racism and sexism. According to CNN’s voter demographics, minorities overwhelmingly voted for Hillary Clinton, while Donald Trump won the majority of white voters.

In California, a thousand students marched through major cities such as San Francisco and Los Angeles protesting against Trump. The protesters said that they wanted their rights, accusing Trump of potentially creating a racist and sexist presidency.

Although most protests were peaceful, a protest in Portland, Oregon on Thursday of about 4,000 became a riot. Rioters vandalized property and attacked police officers and civilians. Several cars and buildings were damaged. Police officers resorted to using flash grenades and pepper spray. At least 26 rioters have been arrested.

There have been many protests, some peaceful and some violent, and the protesters’ message is clear: Donald Trump will never be their president.

B., Demick. (2016, November 11). As thousands protest his election, Trump tweets that they ‘have passion for our great country’ Retrieved November 11, 2016, from http://www.latimes.com/nation/la-na-national-trump-protests-20161110-story.html