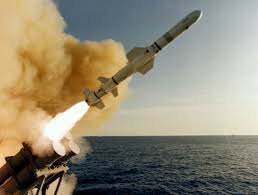 On July 3, 2017, a few hours before the celebration of Independence Day in the U.S., North Korea conducted another missile test following the other launches in the previous months. The missile took off from the Panghyon airfield and flew 578 miles before landing in the sea between North Korea and Japan. It was recorded that it was aloft for 37 minutes, the longest flight time for any North Korean missile. Assessments on this new missile has classified it as an ICBM, which is an intercontinental ballistic missile. With this new missile, North Korea has the potential of threatening the U.S., as the whole of Alaska is in range being hit.

The U.S. is prepared to use force if they must to defend themselves and their allies. Immediately after the launch, the U.S. had requested an emergency meeting of United Nations Security Council (UN). Although the UN has banned North Korea from nuclear and missile testing, many of the sanctions have not been enforced strictly enough. Most of the burden lies on China, North Korea’s only major ally, to take action, but China has not been fully enforcing these bans and  measures. The U.S. hopes to work with China, as well as any other country that wishes for peace to stop North Korea from creating a nuclear war.

Previous Obesity in the United States
Next The Green Singapore