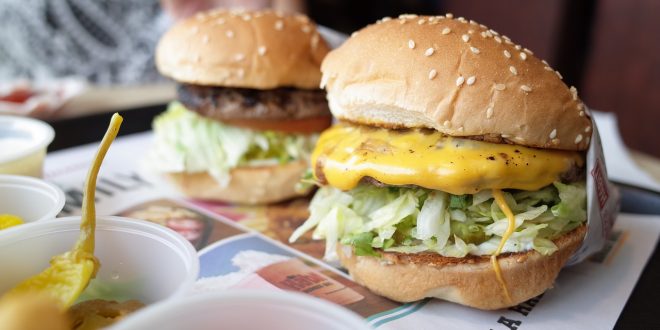 Obesity in the United States

Obesity has always been an issue in our society. At the current rate, 95% of Americans will be considered formally overweight or obese by 2035 and so we need to recognize and eliminate the cause of this phenomenon

The food industry controls what we eat. Many companies load food with fattening ingredients and dump sugar in it to lure kids. Do you know how addictive drugs are? Sugar is just like it. Your brain lights up when it tastes sugar just like how it lights up for drugs, and the only difference is sugar can be easily found and obtained by consumers. Unfortunately, this problem remains unrecognized by the general public. Food companies, by lobbying, always tell us that exercise is the answer. Exercise will burn calories, and the “eat less exercise more” motto became commonplace. But to the disbelief of many, as exercise rates went up, obesity rates went up too. Why is that? Because exercise is not the answer.

Michelle Obama’s Let’s Move campaign was a campaign originally  intended to be an eating healthy campaign but that soon changed. Companies such as Coca Cola sensed danger for their products, and what did they do? They decided to promote exercise, something that will please the public as well as. They had an agreement with Michelle Obama to reduce fats and calories. The Let’s Move campaign turned into what its name suggested: exercise. This gave the food companies a chance to sell more products, convincing everyone that if you exercise, you would be fine. They started labeling products with “low fat” and other labels that seemed like if you bought them it would be better than the normal products.

It is sugar that is the major problem. Sugar goes straight from the intestines into the liver. The liver gets an overload and eventually that sugar accumulates as fat. This makes you want to eat more, starting the cycle again. School lunches are not exactly helping. They usually have fast food, as it is quick to make, easy to serve, and cheap in general.

Food companies have an even greater power. If the obesity epidemic doesn’t kill us, the health care costs will. The sad part is, food companies are not here to make a healthy America. Their main goal is, and has always been to make money. So what can we do? Though not a lot can be done regarding the current issue, we can eat foods with low sugar content. So next time you load up on ice cream or orange juice, think about what can be done to get the sugar out of your system.