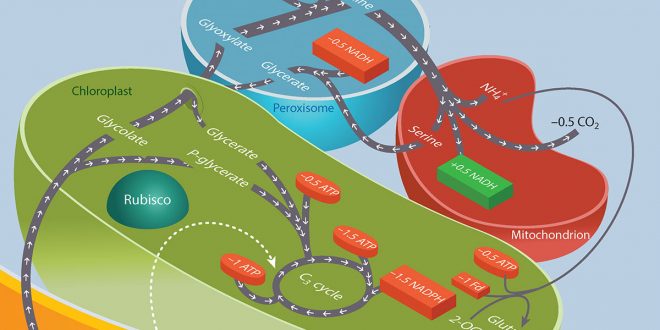 Photosynthesis is a key metabolic process in plants, helping them create energy and grow. This process has developed over the course of billions of years. This has made scientists wonder, why is this process, which should have such an extensive amount of time to evolve to maximum efficiency, is in fact so inefficient. It only absorbs certain wavelengths of red and green, which only consist of up to 30% of the total energy in white light from the Sun. Additionally, it does not filter out oxygen from the carbon dioxide it intakes, which causes half of its energy to be wasted on the oxygen in a process called photorespiration. Lastly, the process of converting CO2 and sunlight into energy is very inefficient.

Scientists had previously found a key player in photosynthesis, called cytochrome b6f, that transfers electrons from the sunlight. They found that they could improve the efficiency of the process by using genetic modification to alter its properties and increase its efficiency. In fact, they were able to make the process over 40% more efficient, which would allow much faster growth cycles and more nutritious food. Recently, there was another property that scientists found that cytochrome b6f controlled, which is the start and stop of the whole photosynthesis process itself. This property allows plants to adapt to changing conditions by turning photosynthesis on and off depending on certain conditions. For example, plants that receive too much sunlight can also be damaged, and this process helps them determine when to start and stop photosynthesis.

Scientists hope to manipulate this function to further increase the efficiency of plant growth and feed the rapidly growing human population. This is just one of the many ways that are being continuously developed to lead humanity towards a more sustainable and secure future.