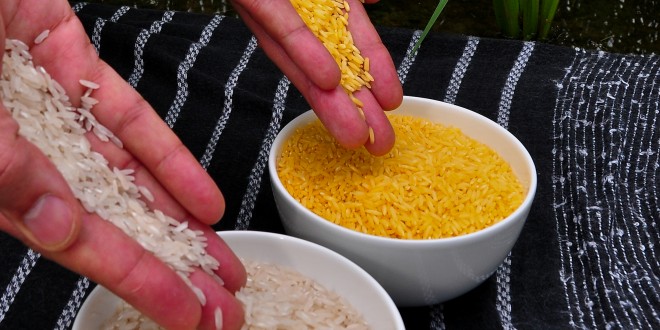 Recently, there has been more talk about what is in our food-or rather, what is our food. A term that frequently arises in conversation are GMOs, genetically modified organisms. In supermarkets, you can often find items boasting labels like “GMO free” or “not genetically modified”. However, GMOs seem to have gotten an undeserved bad rap. In fact, GMOs have actually given us the world’s most important crop — corn.

Corn has facilitated the rise of empires dating back to classical times. The naturally occurring crop however, is much smaller and has kernels that disperse easily with wind. Farmers from ancient times have bred that crop to be larger and keep its seeds on the cob, increasing its agricultural yield and making it easier to harvest. This is one of the earliest known GMOs and easily the most important.

Genetically modifying crops not only increases yield, but also makes them hardier in order to resist infection. A transgenic breed of papaya was bred to resist ringspot virus. Before, the virus wreaked havoc on the papaya industry, almost to the point of collapse. Fortunately, the industry is thriving today thanks to the transgenic papaya. Other crops modified to resist disease and herbicides are cotton, maize, soybeans, sugar beet, and wheat.

Other GMOs are more nutritionally rich. For example, later in modern times, corn was modified further to increase its nutritional content. Third world countries benefitted immensely. Another example was the transgenic “golden rice”, which contained high amounts of vitamin A. For those in impoverished areas, vitamin A deficiency is common. As a result, they suffer from early blindness and a variety of other symptoms. With golden rice, their health improves.

From increasing yield to becoming more resistant to increasing nutrition levels, GMOs are an integral part of our industries and have improved health worldwide, and I believe their bad reputation arises from misunderstandings. By educating ourselves about the benefits of GMOs, we can dispel the myths and mystery surrounding them.