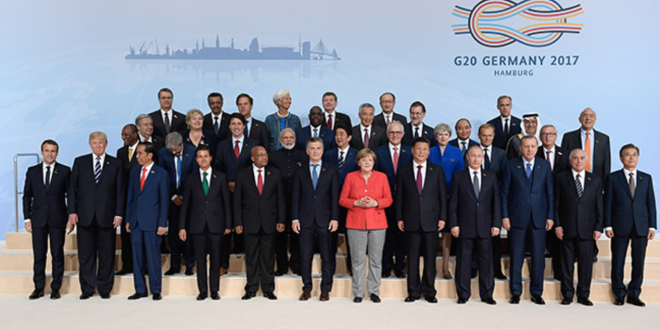 President Trump found it is necessary to go on the “G-20” trip. G-20 is an international forum for the governments and central bank governors from 20 major economies. This international trip had an outcome better than the previous trip in Brussels and led to a few takeaways.

First, Trump pressured China for help with North Korea. He stated that “something has to be done about it” and a few moments later, he sarcastically announced on social media, “Trade between China and North Korea grew almost 40% in the first quarter. So much for China working with us – but we had to give it a try!” The United States consistently pressured China recently about a week ago, excluding China from trilateral meetings prior to the start of the G-20.

Second, the United States is disregarding climate change, which has also been an issue since Trump’s announcement on his controversial opinion. The U.S. was singled out in a G-20 statement for its perspective on climate issues. The U.S. has also withdrawn from the Paris Agreement for economic growth and improving energy security needs. G-20 leaders called that Paris Agreement “irreversible.”

Thirdly, world leaders have mentally prepared themselves in taking action for trade tariffs. The presidents of Europe stated how they are now prepared to take up arms if needed, but was hoping that it wouldn’t be necessary. Germany was also “bracing” for the possibilities of high tariffs. G-20 leaders were very clear that it is necessary for an open market when fighting against protectionism and unfair practices.

Lastly, a lot of the money was committed to a women empowerment fund. The White House promised $50 million to a female economic empowerment. Trump himself supported the plan for giving “millions and millions.”