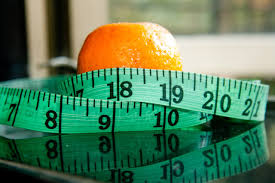 High school is a critical time in teenagers’ lives. It’s a time when their bodies are developing, but media and school environment put unnecessary stress in their view on body image. As a result, many high schoolers partake in unhealthy behavior such as extreme dieting to lose weight.

However, extreme dieting can have many negative implications in the body that go far deeper than just the loss of numbers on a scale. Although the failure rates of dieting are astronomically higher than success rates, many still engage in this dangerous behavior.

The most common style of extreme dieting is limiting one’s calorie intake so that it is well below recommended levels. This will have negative effects on the body, such as fatigue and mood swings due to low energy levels as a result of cutting off calories and sugar. This can also slow down metabolism, which ironically can prevent weight loss as well. Muscle is lost as well. When not properly combined with a healthy level of exercise, one’s weight may change as a result of muscle tone loss, but body fat levels can remain the same, which defeats the purpose of extreme dieting. Digestion will also be affected as one does not get enough fiber and water from extreme dieting. This can cause indigestion, constipation, and bloating.

Experts recommend that people seeking extreme dieting plans instead opt for a healthier diet. It’s normal for people to want to become healthier, but keep in mind that the numbers on a scale are not the most accurate indication of how healthy one is and that there are far more safe ways to reach an ideal weight, with eating healthy and exercising as some of the first steps in doing so.