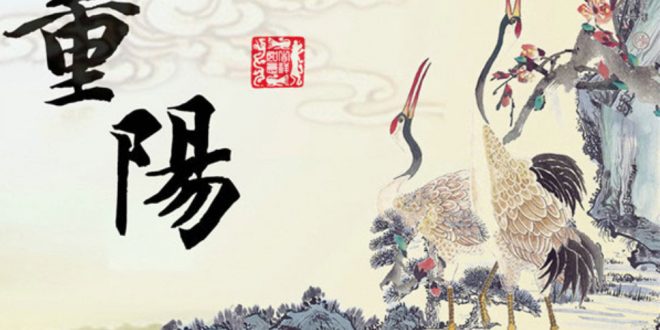 Legend has it, during the times of ancient China, a monster lived in the Nu River. Every year, the monster would come from the river and spread a disease to the villagers by the river. A young man named Hengjing decided to find a way to kill the monster after his parents died of the monster’s plague. Hengjing traveled for many years, and finally found an immortal being, who taught him magic to defeat the monster. The immortal being told Hengjing the monster would attack on the ninth day of the ninth month, and sent him back to his village with a sword, chrysanthemum wine, and a cornelian cherry branch. When he reached the village, Hengjing gave each village a piece of the cornelian cherry branch and the wine, then instructed them to hide on a nearby mountain. When the monster came, it noticed the scent of the cornelian cherries. While it was distracted, Hengjing quickly attacked and killed the monster.

Double Nine Festival’s traditions are said to have been created to celebrate Hengjing’s victory against the monster. Activities surrounding this holiday include hiking, drinking chrysanthemum