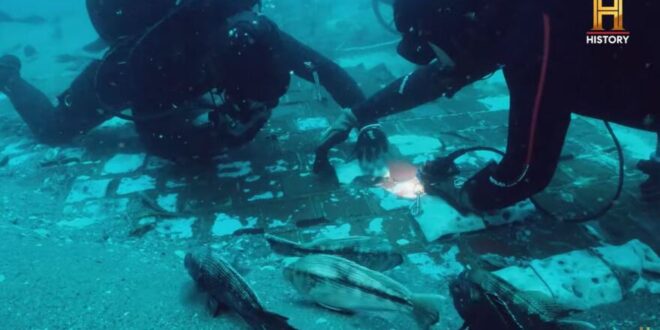 Divers have found a large section of the destroyed space shuttle Challenger buried in sand at the bottom of the Atlantic, more than 30 years after the tragic explosion killed seven people.

“Of course, the emotions come back, right? My heart skipped a beat, I must say, and it brought me right back to 1986 … and what we all went through as a nation, “ Michael Cianilli, a NASA manager, commented when he saw the underwater video footage and was able to confirm the remnant’s authenticity.

The section is one of the biggest pieces of the Challenger found in the decades since the accident, says Cianilli, and the first remnant to be discovered since two small pieces from the left wing washed ashore in 1996.

Divers for a TV documentary first spotted the piece in March of 2022 while looking for the wreckage of a World War II plane. NASA verified the footage shortly after, confirming that they had found a piece of the shuttle that exploded shortly after liftoff on January 28, 1986. All six astronauts and the first schoolteacher headed for space, Christa McAuliffe, were killed.

The piece is more than 15 feet in both directions, and is likely bigger due to part of it being covered in sand. Due to the square thermal tiles on the piece, it is believed to be from the shuttle’s belly.

The fragment remains sitting on the ocean floor just off the Florida coast near Cape Canaveral, where the shuttle had taken off over 36 years ago. It remains the property of the U.S. government. The families of the seven Challenger crew members have been relayed the news.

“We want to make sure whatever we do, we do the right thing for the legacy of the crew,” Ciannilli said.

Previous Why Should You Avoid Rubbing Your Eyes?
Next Dentist Technologies and Innovations