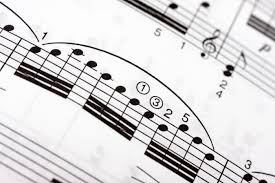 Classical music, the epitome of fine art. Also the equivalent of a vegetable in music – healthy for you, but mostly unpopular and pushed away. Starting from the formation of a fetus within a body, classical music has been used to stimulate mental growth and enhance development. Ever heard of babies listening to classical music before they’ve even begun to speak? Children starting the piano as early as three or four? Experiments involving plants exposed to classical music and changes in growth? A wide variety of effects have been proven with the introduction of classical music, especially changes to bodily and mental health, beside the emotional effects of all forms of music.
Classical music has been known to lower stress, aid mental development, and help people sleep better. Studies have shown that pregnant women show significant decrease in level of stress, anxiety, and depression after listening to half an hour of classical music. It can also act as a sort of pain reliever after an operation or from chronic illnesses due to your mind tuning out all else but the music.  Classical music also brings forth pathos. People have been shown to become more expressive after listening to it. Not surprisingly, the classics help people battle insomnia and allow them to fall asleep more easily, hopefully not just from the boredom induced by repetition in many classical songs. The ever-popular “Mozart Effect” demonstrates the increase in IQ of babies that hear the classics, which spurs all sorts of programs designed to enhance your child’s mind.
So, if you’re ever skeptical about a child listening to classical music, think again. That child might just be trying to help their health or desperately trying to become smarter. As ridiculous-sounding as it is, classical music’s health benefits happen to exceed those of many other genres of music.