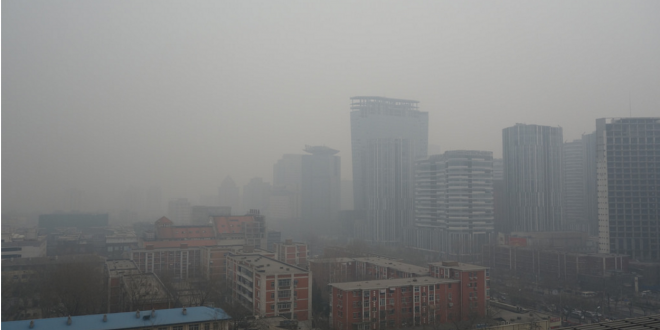 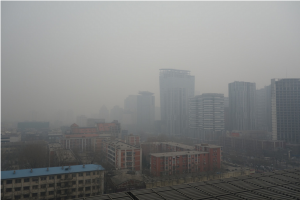 When we think of pollution, the first thing we imagine is dying animals and endangered species. We envision the poor turtles vainly trying to tug a plastic ring off of his head. We envision the dead miserable birds with their stomach full of indigestible plastic. However, we hardly ever envision what the pollution might do to us humans. While we may not be dying slowly from eating plastic or from having a choking plastic ring around our necks, we most certainly are suffering. According to the World Health Organization, about a quarter of deaths and 1.7 million deaths of children under the age of five can be contributed to environmental factors, such as pollution. The biggest pollution criminal, of course, is air pollution.

While air pollution may seem like an insignificant obstacle simply because its dangers are mostly invisible to the naked eye and because most Americans live in suburban areas, it is already deadly in large cities. One infamous example of air pollution can be found in China. Most people in China live in large cities where a dark hazy smog dwells. Blue skies are cherished simply because for many days of the year, the skies are concealed by the pollution. Instead of having snow days, Beijing has “red-alert” days, where schools are closed and citizens are cautioned to stay inside because the smog is too hazardous to people’s health. The deadly particles of air pollution are breathed into people’s bloodstream and cause respiratory infections and heart problems. Infants and children are especially at risk, as their young bodies are especially sensitive. They often end up with respiratory problems, such as asthma, cardiovascular disease, cancer, as well as intelligence and attention problems.

Both the young and the old will be affected. Europeans, Americans, Canadians, Asians, Latinos, and every living thing on this Earth will be harmed. Pollution is not dedicated solely to harm animals; it is hazardous to everyone, regardless of whether or not you have two or four legs. Please always be conscious of the waste you are generating.

Cindy is senior at Henry M. Gunn High School and is incredibly honored to be a part of the Rising Star Magazine team. She enjoys belting out Disney songs, playing piano, watching Chinese dramas, and babysitting. Cindy serves as California DECA's VP of Silicon Valley and is also the singing teacher at FCSN and the President of HEARTS Nonprofit. She can be contacted at cindy@risingstarmagazine.com
Previous American Tourist Beaten to Death in Greece
Next Liu Xiaobo, Chinese Dissident and Nobel Laureate, Dies