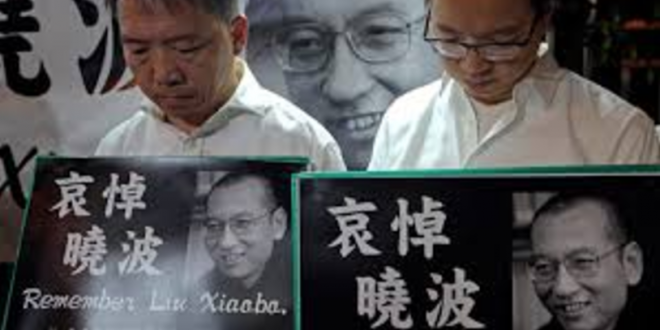 Confirmed by the Chinese Shenyang City Bureau of Justice in its news website, the Chinese Nobel Peace Prize Laureate Liu Xiaobo died on July 13, 2017, at the age of 61 years. Liu Xiaobo was a well-known Chinese writer and dissent. He worked as a lecturer at the Beijing Normal University Department of Chinese. He served as chairman of the Independent Chinese PEN Center and is one of the authors of the Charter 08. Charter 08 is a manifesto for democracy initially signed by over 350 Chinese intellectuals and human rights activities, published on December 10, 2008, the 60th anniversary of the United Nation’s Universal Declaration of Human Rights. It adopted its name and style from the anti-Soviet Charter 77 issued by dissidents in Czechoslovakia.

In 2009, Liu Xiaobo was sentenced to eleven years in prison for “incitement to subvert the state power” and deprived of political rights for two years. In October 2010, Liu Xiaobo won the Nobel Peace Prize for his efforts to promote China’s democratization for many years.