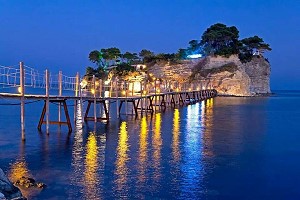 Baraki Henderson, a 22-year-old University of Arizona graduate, was beaten to death on a trip to Greece. While on the trip to stage a photo shoot launching his new clothing line, Henderson was involved in a fatal confrontation on the island of Zakynthos. According to state news agency ANA-MPA, early on Friday, July 7, Baraki was involved in a fight with another customer at a bar on Laganas, a tourist village on the island known for its rowdy party atmosphere. After being asked to leave by the bar’s security, the two took to the streets, where the fight escalated after more people, including two of the bar’s employees, came and started punching Henderson. Henderson was rushed to a hospital but unfortunately died from his injuries. The police have arrested 8 people so far, including 7 people from Serbia and a Greek national. While it is still not known what started the brawl, people have already started to express their condolences. University of Arizona President Robert Robbins has said that all of their “hearts and prayers” are with Henderson’s friends and family, and that they are “shocked and saddened”. Henderson’s family has also released a statement stating that Baraki was “an inspiration to all he met”.

Roger is a junior at Carlmont High School in Belmont, California. Roger serves as an officer of Help Everyone and Remember to Share (HEARTS) non-profit. Roger founded the first California Business Professionals Association (BPA) club at his high school and is active in other STEM related clubs. Outside of his busy school schedule, Roger practices karate, plays saxophone, reads, and volunteers for several worthy social causes in the US and China. Roger is extremely honored to serve as the News Column editor for the Rising Star Magazine.
Previous Chemically Saturated House
Next Breathing Death