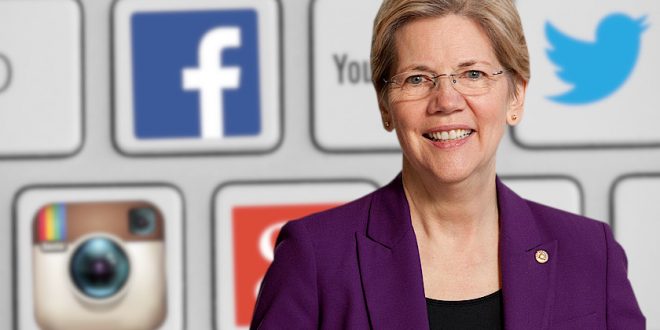 Now that Big Tech companies are pretty big, there has been some commentary that Big Tech is too big. Now that major tech companies like Facebook, Apple, and Google get even larger and more influential, the criticism intensifies. Now, some politicians(mostly Democrats), most notably Senator Elizabeth Warren of Massachusetts, have started to push for stringent regulations for tech companies and even the dismantling of some. In early March, she laid out a plan to break up three big tech conglomerates: Google, Amazon, and Facebook. She also included in her proposal putting strict restrictions on Apple and Microsoft and how they do business.

She explains her idea in a baseball analogy: “You can be an umpire, or you can be a player—but you can’t be both”.

Essentially, this means that you can own a big tech company where people search for items but make the items. However, you can find a flaw with this analogy. Though umpires are neutral and enforce the rules, the team owners write the rules and hire the umpires.

Companies with global revenue of over $25 Billion with a public marketplace or connecting third parties will be considered “platform utilities”. These platform utilities will be limited from advertising their own products on their platforms in any way. Basically, no Google reviews on Google Search, and no Amazon Kindles while shopping on Amazon. This will be similar to European Antitrust Law(Laws that regulate organization of companies for fair competition and usually for the benefit of consumers), where Google has already been hit with fines by the EU for favoring Google content in searches on the browser.

These pushes by politicians have obscured the fact that large tech companies are still very popular among the people, mainly due to, simply put, offering good deals to consumers. If Google used its influence on the search market to advertise itself to a great extent, the company wouldn’t be very popular. Similarly, though Amazon has been accused of harming suppliers, competitors, and even employees, but nobody can deny that usually offers very good deals on almost everything purchasable.

A less concentrated technology industry, some hope, will create an environment more suitable for innovation. And it probably will do just that. But all consumers will seize a good deal when given a chance, and that perhaps is the reason most are quite happy with the way things are right now in the tech marketplace.