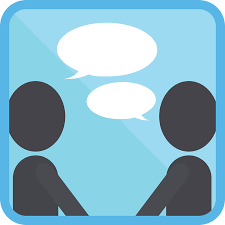 Social intelligence is difficult––it’s almost impossible to decide what people are thinking at any specific moment. As beings that desire social integration and interaction, humans strive to preserve a positive reputation by dealing with others in ways that make the other feel comfortable and oneself feel confident. However, these endeavors often prove difficult as no one is physically capable of reading minds.

Interacting while confused about the other’s intentions can be difficult and stressful. It’s likely that you’ve said something once on a whim that you realized might’ve offended someone else. At that point, you’ve made a risky move, but you don’t know if they took it personally. If they were offended, and you said nothing, it might cause a concealed hate to build up and simmer. But if you tried to apologize, and they hadn’t actually taken offense, it would make the conversation suddenly awkward.

So what do you do? Most people, in an attempt to avoid short term embarrassment, choose to brush it off in the moment. However, neglecting to address the tension in the moment often induces anxiety and stress later over the possibilities of their perceptions or thoughts on the situation. This stress tends to stick on like super-glue, incessantly bugging and reminding you of the issue, compelling you to wonder and speculate.

Situations like these are perverse––they are not limited to saying possibly offensive statements, but include situations where you aren’t sure of the other’s intentions, or where you see a blatant problem and yet choose to beat around the bush. When faced with uncertain or vague social situations, our first reaction is to let it go as we would rather not deal with the potentially awkward consequences. Ironically, this ends up creating even more suspicion and anxiety in the long term, and often, actions and decisions later become increasingly misinformed.

The obvious solution now is to muster up the confidence and take the first step forward. Ask your friend if she took offense at what you said and preemptively apologize. Ask him what he really feels about the situation or what’s really going on or why he’s acting like that. Being straightforward is the quickest and best path to coming to conclusions. Finding out late or through others often happens after you’ve made multiple mistakes that would’ve been avoided if you had just been straightforward from the beginning. And although it can be easy to shrug it off in the meantime, the short term neglect may then create even more long term consequences.