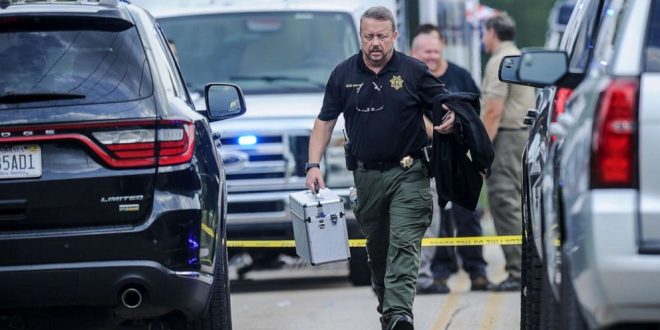 Close to midnight on Thursday, June 4th, Morgan County, Alabama police responded to neighbor reports of gunshots in the unincorporated community of Valhermoso Springs. Emergency responders were able to extinguish a house fire, but found the bodies of four men and three women inside the building.

The deaths of the seven individuals are being investigated as homicides, though the police have stated that they are yet to determine a motive or a suspect.

“We don’t have a motive at this time,” according to Mike Swafford, public information officer of the Morgan County Sheriff’s Office. “We don’t have a determined suspect at this time. Investigators are following leads to piece together exactly what happened and who was involved. We can say we don’t believe there is an active threat to anybody in the area.”

Police believe that the perpetrator(s) of the homicides arrived at the house with the intention of committing a mass shooting. Swafford told reporters that some victims were found with multiple gunshot wounds. Swafford also stated that investigators believe the perpetrator(s) of the crime started a fire in the house in an attempt to destroy evidence and cover up the crime scene, but the investigators were not looking into whether or not the fire played a role in the any of the deaths. Reports also claim that authorities searching the house discovered that the some of the victims’ belongings had been taken, most notably their cell phones.

After the violent incident, Morgan County Officials issued a nationwide law enforcement alert calling for other police forces across the nation to assist in the search for the perpetrators of the crime.

Previous The New Facetime
Next Drew Brees and his controversial Words