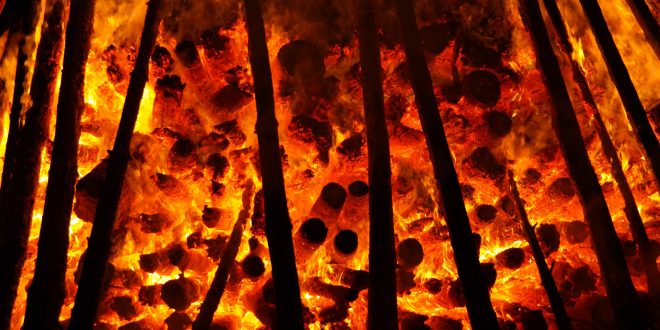 Researchers from the United Nations are preparing to issue their most forceful declaration yet on climate change science. Significant changes to the world’s oceans, ice caps, and land in the future decades are likely to be detailed in the report.

The report, which is set to be released on Monday, was developed by the Intergovernmental Panel on Climate Change (IPCC). It will be their first global evaluation of global warming science since 2013. When world leaders gather in November, the upcoming Summary for Policymakers is expected to be an important document. A climate meeting, known as COP26, is scheduled to take place in Glasgow.

The IPCC will release the first part of a three-part assessment of the causes, impacts, and solutions to climate change after two weeks of virtual deliberations between scientists and representatives of 195 governments.

The inclusion of these government officials distinguishes the IPCC from other scientific organizations. Governments effectively acquire ownership of the report once it has been accepted in accordance with their wishes.

On Monday, a short, 40-page Summary for Policymakers on physical science will be released. The new study will be brief, but it is likely to be powerful.

Dr. Heleen de Coninck, a coordinating lead author for the IPCC Working Group III from the Eindhoven University of Technology in the Netherlands said that we’ve witnessed how climate change has been developing over the last several months and years, and it’s staring us right in our faces. It’s truly demonstrating what the consequences will be, and this is only the beginning. So she believes this report will provide a major update on the status of the science, including what temperature increase we can expect and what the physical consequences would be.

Many observers believe that the research has progressed significantly in the previous few years. WWF’s Dr. Stephen Cornelius says that the models have improved because they have a better grasp of physics, chemistry, and biology, and they can now simulate and project future temperature and precipitation changes far better than they could before. He adds that another difference is that attribution sciences have exploded in popularity in recent years. So climate change and extreme weather occurrences can be linked more effectively.

There will almost certainly be a major focus on the subject of humanity’s role in causing the climate problem, in addition to updates on temperature estimates.

In 2013, an IPCC report concluded that humans were the cause of global warming. This time, the IPCC is also expected to detail how much of an impact people are having on the oceans, the atmosphere, and other components of our planetary systems this time around.

Sea-level rise is one of the most pressing concerns. This has long been a contentious issue for the IPCC, with some experts dismissing prior forecasts as far too cautious.

The report will also include a new chapter relating extreme weather events to rising temperatures, as the world has suffered a series of disastrous fires and floods in recent months that have been connected to climate change.

Many think this new report will be a wake-up call.
Source: https://www.bbc.com/news/science-environment-58102953