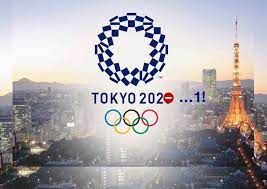 Despite many health officials continuously sounding the alarms about the ongoing pandemic, Olympic officials are positive that the Tokyo Summer Olympics will take place as scheduled. Just this past month, Japan underwent its fourth wave of the pandemic (primarily in Tokyo and Osaka), and in an effort to prevent more cases, they went into their third state of emergency. With the number of infections rising, there have been many concerns regarding the Olympics. One of Japan’s high ranking officials commented, ”I want the games to succeed, but to do so there are a lot of issues that need to be resolved. If it seems impossible, it needs to be stopped.”

If shutting down the Olympics for yet another year is the only option, questions arise on what will happen after that. Thomas Back, the president of the International Olympic Committee, said that “there is no plan B. If the Tokyo Games can’t be staged this summer, they probably won’t be held at all.” This is mainly due to the fact that the Japanese have put billions of dollars into funding the games, but they do not have any interest in “kicking the can down the road,” according to Bach.

These precautionary measures are just a last resort, and many are mainly wondering how the athletes will be kept safe. The three week games will feel the same for everyone watching from home, but behind the scenes the participants will be forced to follow strict rules. Athletes will be staying in the Olympic Village like usual, but if their games finish early, they must leave immediately. They will have a rulebook giving them instructions such as not being able to use public transportation, go to bars, restaurants, and shops. They will have to show two negative covid tests before boarding the plane for Tokyo and will have to quarantine for three days.

There are many concerns surrounding the most monumental game in sports history and many hope that we and the athletes will be able to enjoy this tradition once again. But, Covid-19 has been proven to surprise us time and time again, and with the safety of Tokyo’s people and the athletes, if the games need to be shut down, that is exactly what will happen.