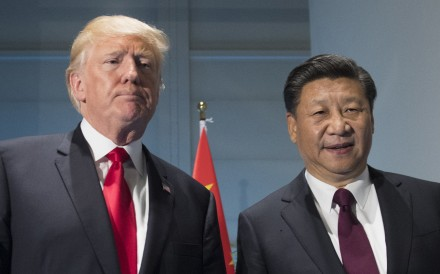 By Zou Hanjie of Chengdu, China

At the invitation of Chinese President Jinping Xi, President Donald Trump of the United States of America will pay a state visit to China from November 8th to 10th during his visit to Asia.

So what is the focus of this meeting? The first topic of this important visit is economics. The United States may pay more attention to the issue of the Chinese currency (RMB) exchange rate; the United States also wants to further expand exports to China in order to reduce the trade deficit. From his presidential campaign to now, Trump has been concerned with the U.S. trade deficit with China. From the  Chinese’s point of view, it is hoped that the United States can further expand service imports to China, thereby promoting the development of China’s service trade.

The second topic is about North Korea’s nuclear weapons. The United States wants China to assume more “responsibility” in the Korean Peninsula affairs. China is likely to repeatedly emphasize that dialogue with North Korea is the solution to the problem. Especially with the United States’s increased military power in Northeast Asia, China’s emphasis is very necessary.

It is believed that strengthening the communication and understanding between the two counties on these issues can be an outcome of this visit. This upcoming meeting will undoubtedly have a strong impact on international politics in Asia and the rest of the world.

Roger is a junior at Carlmont High School in Belmont, California. Roger serves as an officer of Help Everyone and Remember to Share (HEARTS) non-profit. Roger founded the first California Business Professionals Association (BPA) club at his high school and is active in other STEM related clubs. Outside of his busy school schedule, Roger practices karate, plays saxophone, reads, and volunteers for several worthy social causes in the US and China. Roger is extremely honored to serve as the News Column editor for the Rising Star Magazine.
Previous Hydrogen Fueled Trucks
Next Trans Fats: More Evil Than Normal Fats