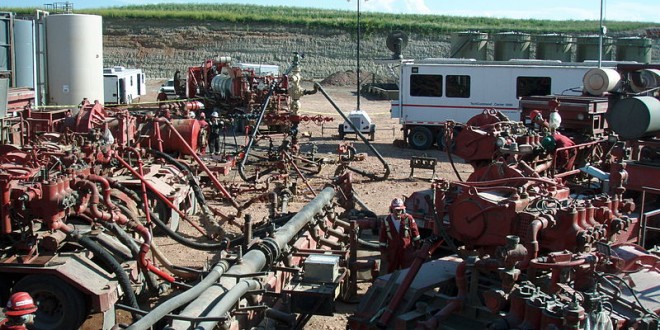 Tracking the Benefits of Fracking

Tracking the Benefits of Fracking 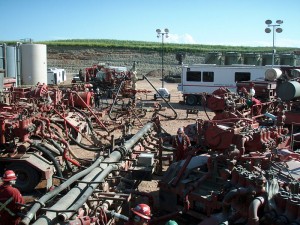 Humans tend to disregard a problem until it becomes so big that it’s almost impossible to solve.  Global warming is one of these problems.  Sure, we all know that global warming is happening and that it’s getting worse.  But do we really ever take action to prevent further global warming? Politicians like to justify the lack of action on global warming by saying that helping the environment will hurt the economy and the influence of the US. In actuality, though, environment and power don’t conflict with each other.  There are ways that we can achieve both.  For instance, fracking has provided an alternative that bolsters a country’s power while paving a way for a greener future.  Fracking is a process that uses water pressure to drill into the earth, fracturing shale rocks, releasing natural gas. Overall, fracking is an effective way of producing energy that is beneficial to America, and America should invest more into fracking.

Although environmentalists are concerned that chemicals used in the process of fracking may be harmful for the environment, careful regulation of fracking prevents excessive environmental harms.  In fact, fracking is more beneficial for the environment in the long term, as it decreases carbon emissions, the main cause of global warming. If we continue to emit carbon emission at our current rate, the Earth’s temperature will become 4 degrees Celsius hotter by 2100. This would lead to the complete collapse of agriculture in the Sub-Saharan region, which means all the people there will not be able to feed themselves anymore. Clearly, we need to minimize our carbon emissions now, before this problem increases further in severity.  Currently, there are only two viable ways to generate massive amounts of energy: burning oil or burning gas.  Natural gas only releases half as much carbon dioxide as oil, so natural gas is the better way to obtain energy.  Fracking is the only way to procure natural gas, so it’s clear that this should be the future of gas production.

A greater available supply of natural gas also means that America can achieve more energy independence from other countries with large reservoirs of gas, such as Russia.  Energy is a hugely important aspect of our lives, and since Russia has near-absolute control over this resource, it possesses a significant amount of power over international politics. If America were to produce a greater supply of  natural gas, it will be more secure when compared to countries like Russia, and can even export more gas to Europe, increasing its influence.

Finally, fracking also has positive economic impacts. Fracking has directly contributed to the boom in energy production which led to an increase of 2.1 million jobs.

Fracking is absolutely essential for America’s growth.  It has given America immense power over the international arena and provided an alternative to burning oil. Given all the information, it becomes clear that fracking has only minimal harms on the environment and that it is key to slowing global warming.