Home / Opinion / To Be Famous 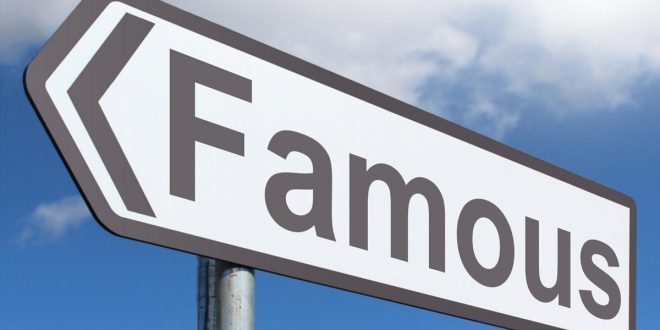 When you ask a child what she wants to be when she grows up, you’ll usually get answers like rockstars, astronauts, football players, etc. Although there’s probably great diversity in the answers of different kids, a similar theme often emerges–––kids want to be celebrities. Even now when we look around us, we all idolize someone. Whether it be a YouTube star, a K-pop singer, or an important political figure, humans have a tendency to hold specific others as the embodiment of what is “perfect” or “ideal.” This is the celebrity culture, and lots of us often strive to be known, to be famous, to be popular. And yet, we rarely see past the surface into the lives of these celebrities.

Popularity trades off with privacy. Whether they’re going to a huge festival or even just going to the beach, celebrities are being watched. If they aren’t being careful about their actions, the paparazzi snaps a picture and suddenly something that happened within 5 minutes of their life blows up on the internet for all to see–––until the general public gets bored and the chatter dies down. Us “normal” people are accustomed to having alone time: the ability to do things for ourselves, by ourselves, without anyone else caring. It’s a blessing, but celebrities are forced to sacrifice that for fame.

Additionally, fame means celebrities get hate. It’s almost impossible to see a famous figure without haters. This phenomenon is especially obvious on YouTube. Anyone who follows the drama in the YouTube community knows that there is almost always a dispute going on between two or more creators. For any normal person, apologies are generally given and accepted on the spot. But when argument arise between two celebrities, personal apologies from person to person aren’t enough. Angering a star means you anger their entire fanbase, and it becomes almost necessary to post or upload a video apology to the public. Problematically, these apologies are never fully accepted. There are those videos with body language experts that pick apart the video frame by frame. There are the angry fans who type furiously in the comment section. It’s almost impossible to for a celebrity to give a perfect apology, because there are millions out there willing to tear apart and criticize it.

Finally, the celebrity culture makes those who are famous inclined to act based on the responses of their fans. Most celebrities feel an incentive to keep or gain as many followers as possible. Problematically, this kind of mindset forces them to do things to please their fans rather than doing what they actually enjoy. For example, a singer likely started off motivated by their love of songwriting, not with the goal of becoming famous and gaining a following. But when this popularity is naturally created, they cannot bear to lose it. They begin to compose songs that they think sound appealing to the general public rather than ones they would like to sing or write. For example, a country singer might dip in pop music because that’s what’s “popular” nowadays. Yet this side effect extends past the celebrity’s profession. If a famous figure is engaged, for example, to another, it may be hard for them to split in the face of a problem because of the devastation it would bring to the fanbase. Celebrities often find their lives controlled by those that look up to them, and it becomes difficult for them to focus on enjoying what they want to do.

At first glance, it seems like heaven to be popular. To have people always asking for a picture, an autograph, to have them obsessing over your products or your actions, to be known worldwide. However, people don’t realize the hidden struggles these famous people often face due to their fame. When we think of celebrities, we should think of them as regular people doing extraordinary things, not as some sort of god or higher figure that can be obsessed over or hated on. On the other hand, celebrities should not think of themselves as responsible for pleasing those that like them. It’s their life, and they have full control over themselves. Often, when we get too obsessed with the celebrity ideal, we only skim the surface and fail to look deeper into the dangerous forces that drive this culture.