Home / Global Environment / The Tortoise that Saved Its Species 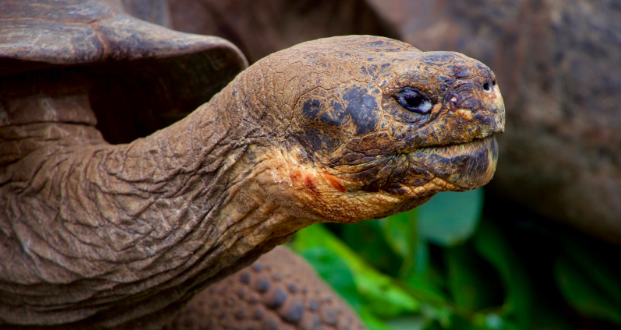 The Tortoise that Saved Its Species

Diego, a giant tortoise whose sex-drive has been credited to saving his species, will return to the wild on the Galápagos Islands. The Galápagos Islands are a UNESCO World Heritage site acclaimed by its unique flora and fauna, which attracts millions of tourists around the globe each year. Charles Darwin’s “Theory of Evolution” developed mainly because of the indigenous species native to the Galápagos, namely the finches, iguanas, and tortoises.

It is believed that the 100-year-old tortoise is father to around 800 tortoises. He was among 14 other tortoises that had been selected for a breeding programme on Santa Cruz Island, which has produced more than 2,000 giant tortoises since the 1960s.

Now that the breeding programme is finished, Diego will return to his native island of Española in March, said the Galàpagos National Parks (PNG).

Rangers believe that Diego fathered at least 40% of the population. Jorge Carrion, the park’s director, stated that Diego “has contributed a large percentage to the lineage that we are returning to Española.”

The park service believes that 80 years ago, Diego was taken from the islands by a scientific expedition. 50 years ago on Española, there were only 2 males and 12 females of Diego’s species roaming. Diego’s species was on the  brink of extinction. In order to save his species, Chelonoidis hoodensis, Diego was transported to the islands from the San Diego Zoo in California.

As of now, Diego is in quarantine before returning to his native island, Española.