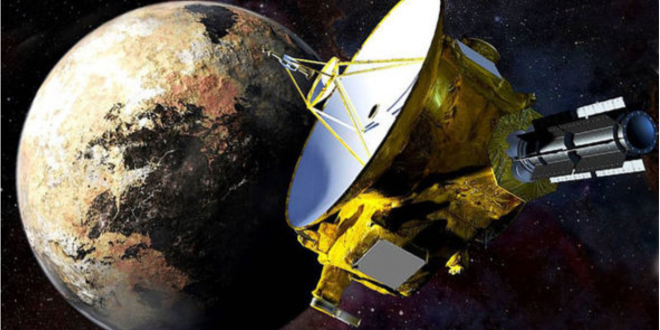 The Most Historical NASA Moment Kept in the Dark

As NASA’s New Horizons spacecraft hurtles through the uncharted darkness of deep space, it was on target for a brief New Year’s Day rendezvous with Ultima Thule, the most distant and primitive object ever to be explored by humankind. The data gathered by the mission will help scientists understand what conditions were like when our solar system first formed billions of years ago.

However, due to the U.S. government shutdown, those interested in tuning into this momentous event would be left almost in the dark: There was no NASA-provided press releases, no social media updates, and perhaps most important to some, no live NASA webcast. “What’s really a shame is this is truly historic,” New Horizons Principal Investigator Alan Stern stated. “It’s the farthest exploration of worlds in history and without NASA able to get the word out, I think it’s going to be very much diminished for the public and that’s an unintended consequence of this shutdown.”

Those wanting to follow New Horizons would have to tune into the Johns Hopkins Applied Physics Laboratory’s (APL) YouTube channel and the website (pluto.jhuapl.edu) for updates. But Stern fears that APL’s reach is not nearly as big as NASA’s. “What is going to go down in the history in spaceflight, maybe for a century, as the farthest exploration of all time is going to be the world’s best kept secret because we don’t have the reach,” he said.

The end of the government shutdown appears to have no end in sight as both parties refuse to budge on budgeting for President Trump’s border wall. About 14,500 NASA employees have been sent home without pay while another 3,000 are either working or “on call”, also without pay. However, NASA is continuing operations of the International Space Station and other critical missions such as communications and emergency services.