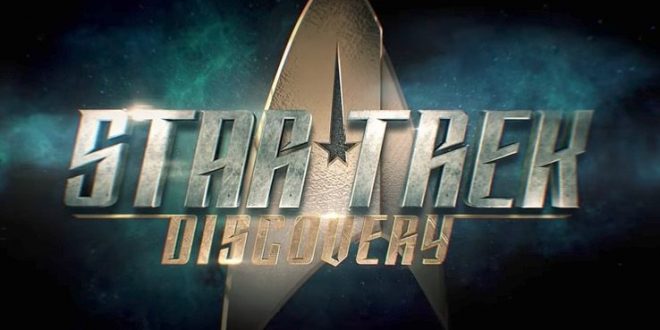 On September 24, 2017, the first two episodes of the latest Star Trek television series called Star Trek: Discovery were released on CBS All Access streaming network. It is quite remarkable considering that this series emerges more than 50 years after the first Star Trek series was aired on television long before many of us were born. This is the sixth Star Trek series following the Star Trek: The Original Series, The Next Generation, Deep Space Nine, Voyager, Enterprise, and that is not counting Star Trek: The Animated Series. There were also 13 Star Trek movies released since 1979 with the latest, Star Trek Beyond, released in summer of 2016. Clearly the appeal of the Star Trek franchise has prospered long after its first creation by Gene Roddenberry in 1966 and it continues to garner new fans all over the world. Throughout the years, Star Trek has also been the inspiration to numerous other science fiction contents.

Chronologically the events in Star Trek: Discovery take place approximately 10 years before the events in Star Trek: The Original Series and supposedly occur more than 100 years after the events in Star Trek: Enterprise.  It is therefore the second prequel series to the original series. The relatively short chronological time span between events in Discovery and in the original series has created some excitement and speculation among die-hard Star Trek fans, who anticipate that this new series might shed some light on some of the events occurring in the original series. As a start, the new series includes the character, Harry Mudd, who was an antagonist in two episodes in the original series and therefore providing a background context to the existence of this character. There are also speculations that this series might provide a background story for arguably the most popular Star Trek character, Mr. Spock. At the least Spock’s father, Sarek, is already known to be part of the new series and a new emotional connection was revealed in the opening episodes with the fact that the lead character of Star Trek: Discovery, Lieutenant Commander Burnham, is an adopted daughter of Sarek and that makes her Spock’s step-sister. The opening episodes follow the crews of the USS Shenzhou and the USS Discovery and seem to indicate that Klingons would be the main antagonists. Therefore, some fans are hopeful that this series would also provide a clearer background context to the confrontational events with the Klingons in the original series.

As with preceding Star Trek series, the series appears to follow Roddenberry’s vision of the future where human society has advanced beyond a materialistic and monetary system and beyond social problems such as discrimination and inequality, in such a way that humans are able to focus their efforts on improving the quality of life. Diversity is evident in the selection of characters and the actors and actresses portraying them which symbolizes equality. The series features an African-American actress, Sonequa Martin-Green, as the lead character Lieutenant Commander Burnham, who some may recognize from the popular AMC series The Walking Dead and the ABC series Once Upon a Time. The opening show also features the well-known Asian actress, Michelle Yeoh, as captain of USS Shenzhou, though her future appearance is not yet revealed for the remainder of the series.

The series opening is not without some controversy surrounding it. CBS was under heavy criticism to air the series exclusively in its new CBS All Access streaming network in United States, therefore forcing fans to subscribe to yet another streaming service. Many United States fans feel that the requirement to subscribe to CBS All Access is unfair considering that in Canada the show is available in Space channel, and that outside North America, CBS is making the show available in 188 countries via Netflix without additional charge to current Netflix subscribers. Some critics are also pessimistic on the longer term success of the series considering production delays and the fact that Bryan Fuller, the original show runner of the series, left the show in October 2016 citing disagreement with CBS over some production decisions. Also, some critics point out that a prequel is generally more difficult to make it attractive to fans and the traditional Star Trek emphasis on the use of diplomacy to solve problem could quickly become stale as the sixth installment of Star Trek series. Nevertheless, the series opened strong with 9.6 million viewers and broke the record of single day new subscriber sign ups on CBS All Access streaming network with viewership expected to grow to 15 million as the show becomes more available on video-on-demand.

Old and new Star Trek fans who are interested in this latest Star Trek series can check out the official trailer:

Megan is a senior at The Harker School. She is interested in applied mathematics, computer algorithms, artificial intelligence, cognitive vision science, and economics. Outside of school, she is a tutor and mentor at the Boys and Girls Club of the Peninsula (BGCP), a regular volunteer at Second Harvest Food Bank (SHFB), classical pianist, and an avid figure skater. In her free time, she enjoys exploring hiking trails in the Bay Area and Lake Tahoe, reading science fiction books, WIRED and The New Yorker magazines.
Previous Pruitt Strikes Again
Next JEA Conference: A Reflection