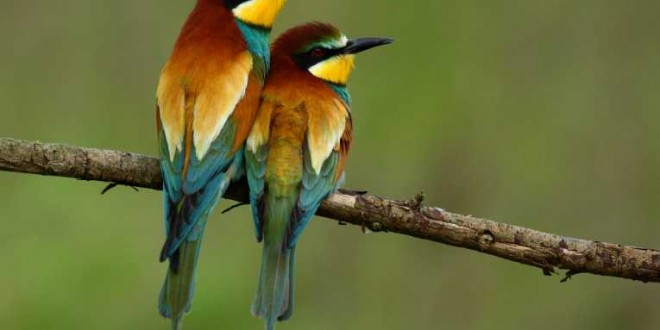 “The marks humans leave are too often scars.” -John Green

We are capable of tremendous good and evil, and more often than not we choose to do the latter. We pollute our resources more and more each day; our population continues to grow, with no real signs of stopping. But do we ever stop to consider what the consequences are? And not just on us but on other species as well?

From an increase in the likelihood of contracting a disease, to more unpredictable weather, the loss of biodiversity is affecting us all. By far one of the most important and urgent problems is the threat of extinction many species now face due to human growth.

The numbers are in, and they aren’t pretty. For every eight different types of birds, one is endangered. One out of four mammals may become extinct. And for every seven marine turtles, six are at the threat of extinction. 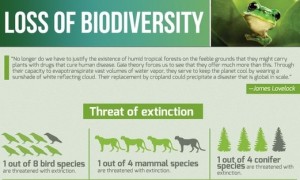 Many factors contribute to the loss of biodiversity. Among the more severe causes are habitat loss, degradation, climate change, pollution, and overexploitation. Overexploitation is a big issue, especially in the fishing industry. Statistics show that 75% of the world’s fisheries catch much more fish than is reasonably necessary. This leads to restrictions on amounts of fish, which in turn leads to fewer breeds, which all ultimately leads to fish extinction. In addition, 90% of all large fish have disappeared from oceans in the past 50 years. Mass fishing causes mass extinction, all due to repeatedly failed attempts at limiting fishing.

The issue is humans rely heavily on these species that we force into extinction. In a way, by threatening the animal kingdom, we are also threatening ourselves. An overall 75% of genetic diversity of agricultural crops has been lost. This is a disappointment for humans; we’re causing ourselves to lose salad options. Fishers will have to find a new route, as there will soon be nothing left to fish. Things will gradually become more and more generic; we will lose the different species that make up our diversity.

These small, careless acts we make leave lasting scars on the life around us, and there is no clear solution to this ever increasing problem. The only way to slow down the growth is to recognize the implications and the bigger picture, and as a whole community take some action to try and stop it. There are things we can do to little by little improve our environment and life around us, but it will take time and patience no matter what.

Cindy is senior at Henry M. Gunn High School and is incredibly honored to be a part of the Rising Star Magazine team. She enjoys belting out Disney songs, playing piano, watching Chinese dramas, and babysitting. Cindy serves as California DECA's VP of Silicon Valley and is also the singing teacher at FCSN and the President of HEARTS Nonprofit. She can be contacted at cindy@risingstarmagazine.com
Previous The Necessity of Breakfast
Next Culture Shocked