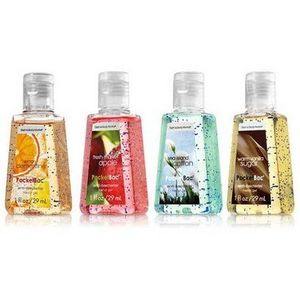 Human trash in the ocean has negatively affected the environment through the use of littering many tons of plastic debris to create an enormous patch of garbage in the ocean. Humans are becoming increasingly irresponsible and cleaning up ourselves is a concern many of us don’t care for.

Oceans are filling with small, microscopic plastic debris such as microbeads that cannot decompose quickly enough and are being eaten by aquatic animals.

Predators who eat these animals also absorb those toxicants, which provides a direct link of corrupting our food chain with toxic microplastics. These chemicals can work their way up the food chain or bind to chemicals in the water and pose a potential health risk to people eating those animals.

A report conducted by 5 Gyres Institute in 2014 estimates 5.25 trillion plastic particles weighing about 269,000 tons are floating in the world’s oceans at all depths in all corners of the globe. 92% of those particles are microplastics and are difficult for the human eye to see.

An institute that promotes the elimination of ocean plastic pollution named 5 Gyres Institute is actively creating petitions for the banning of dangerous, tiny plastic beads called microbeads. These tiny round beads are not biodegradable and marine organisms often mistake them for fish eggs. Microbeads are used in products like cosmetics and toothpaste to create texture and look pleasing to the eye. Although these microbeads look pleasant, they don’t do much except fill bodies of water with debris and enter the bellies of naive aquatic animals who confuse the beads for food.

5 Gyres also established a campaign called #BanTheBead where you can choose to not purchase products with ingredients like microbeads, polypropylene, or polyethylene. They have also send a bill to Congress issuing the ban of microbeads by 2020. Every U.S. citizen can also write to the California State Senator to ignore corporate lobbyists who use these hazardous microbeads and pass the bill AB 888.

If the common people and businesses team up to ban microbeads or other plastic pollutants in the future, our oceans could be saved and free of microplastics that damage ecosystems underwater and also on land. We as a population have to work together to motivate change and rid our oceans of destructive pollutants.

Cindy is senior at Henry M. Gunn High School and is incredibly honored to be a part of the Rising Star Magazine team. She enjoys belting out Disney songs, playing piano, watching Chinese dramas, and babysitting. Cindy serves as California DECA's VP of Silicon Valley and is also the singing teacher at FCSN and the President of HEARTS Nonprofit. She can be contacted at cindy@risingstarmagazine.com
Previous Snapshot: Are Grades Important?
Next The Hyperloop