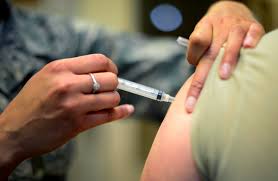 Scientific advancements are contributing every day to a new and better world for the next generation, one with less disease and strife for all. Vaccines are a common method of preventing disease, and are most readily seen with the flu shots that are administered every year. Vaccines were first invented in 1796, when Edward Jenner found that a small inoculation of smallpox in the skin would lower the risk of getting smallpox in the future. Since then, vaccine technology has become safer and more widespread. Measles, a highly contagious disease, was considered eliminated in the U.S. by the year 2000. Smallpox has been eradicated worldwide, saving about 5 million lives every year.

However, despite all the successes and benefits vaccines have brought to people worldwide, there are still groups of people who distrust them. Motivated by fear and misunderstanding of vaccination, there are many parents who choose not to vaccinate their children. Social media and the web have contributed greatly to this situation, as there is an abundance of misinformation spreading around that look almost scientific and sophisticated, but after looking more deeply, are completely uncredible. Many families oppose vaccinations because of fears that they are linked with causing autism. This idea has been debunked almost 10 years ago by a study conducted on 95,000 children that was published in the Journal of the American Medical Association; however, once an idea gets into people’s heads, it is difficult to remove.

Recently, measles outbreaks have been on the rise because of parents choosing not to vaccinate their children. Health officials stress that vaccinations need to be administered before a trip to a foreign country, as many outbreaks are linked to travelers who have returned from foreign countries where the disease is still common. Vancouver, British Columbia, just had a measles outbreak recently, and the cause was traced back to a family who returned from a trip to Southeast Asia. The amount of total outbreaks have increased every year, with 372 incidents of measles in the United States just last year. The measles situation is even more problematic in other countries. Many people forget that measles isn’t just a rash, but a disease that may cause further consequences. The measles virus can cause hearing loss, blindness, and pneumonia in children, which can be fatal.

Measles is not a disease that should be taken lightly, and the decision by many to not vaccinate their children is contributing to the spread of it. Efforts should be made to deal with trolls, bots, and social media misinformation so that more people will be aware that vaccination is a necessary health measure.