Home / Global Environment / If I was the Ambassador: Jordan, A Struggling Haven 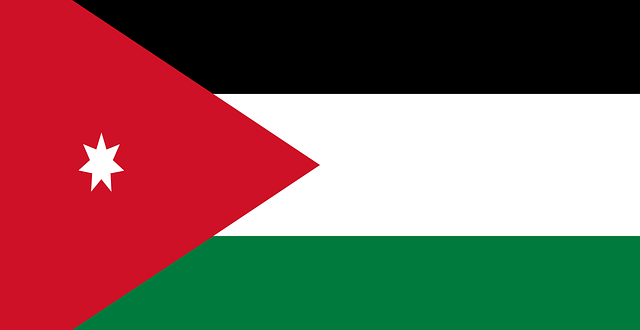 If I was the Ambassador: Jordan, A Struggling Haven 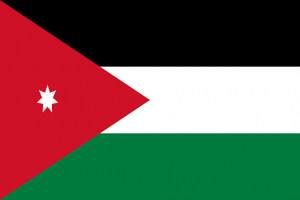 It may not seem like it, but the young country of Jordan is very a influential nation who is often underestimated. Its secret lies not in any secret oil mine, but in the myriad refugee camps littering the Jordan Syria Iraqi border. In any one of these refugee camps, thousands of refugees languish in want of home and family. As the new ambassador to Jordan, it is my job to help alleviate these refugees’ pain. To do this, I will redesign the infrastructure of the refugee camps, create a policy with the Jordanian government to benefit refugees living outside camps, and help Jordan to deal with the underlying Middle East conflicts that have displaced refugees into Jordan for years.

The problems with Jordan’s refugees began many years ago. Since 1954, Jordan has struggled with Palestinian refugees from Middle Eastern conflicts. They readily accepted all refugees, being a benevolent, newly-democratic nation. This proved later to become a huge hindrance to Jordanian foreign policy, as Syrian civil wars, Iranian and Iraq wars served only to push even more refugees across the border into Jordan. Recently, the self-named terrorist group ISIS has created even more Middle Eastern chaos. The effects of ISIS are both bad and good; while its conflict creates more victims, its steady expansion is also pressuring established borders, making it more difficult for refugees to flee. In this way, it is a bigger priority for me to help Jordan neutralize the Islamic State threat, and then ameliorate the refugee crisis.

A big part of the ISIS problem lies within Jordan’s own borders. According to Time Magazine, nearly 20% of all recently-joined Islamic State Jihadists hail from Jordan (Time). Specifically, young Jordanian men sympathize primarily with jihadist interests. This is a large problem, as the Jordanian government has recently declared war upon ISIS. Before it can fully focus upon the terrorist group, however, it must worry about the possibility of the terrorist group being reproduced in its own country. Fortunately, there is an easy solution in the way of social media. Digital propaganda should be able to easily counteract ISIS’s own social media movement. I plan to create multiple online sites with anti-jihadist movements. I also will work with the Jordanian government to create a universal twitter account that details the horrific actions of ISIS and describes what Jordan has done to stop them. This, of course, will be slightly delayed, and never released prior to the event, due to the possibility of the information leaking to terrorist sources. We will also use word-of-mouth and poster-type propaganda to relay our messages. This should help to swerve the jihadists views of many Jordanians. Having combated the terrorist threat of internal jihadists, we can now move on to limiting ISIS expansion, thereby opening border portals from areas of conflict.

We will do this by supporting Jordan with its war on terrorism, not by deploying our own ground troops. As a great politician once said, “It is far easier to help them than deploying our own.” I will negotiate with the Department of Defense to send Jordan modern artillery for its efforts, as Jordan’s current equipment is severely outdated. I will convince the Department to do this by reasoning that we are already spending money on artillery, so we should not risk our own men and help our allies. Only after we have done this, can we begin to ameliorate the conditions of camps inside Jordan and incoming refugees.

My first plan of action is to dispatch a team to identify refugees not currently living in a refugee camp and identify their quality of living. According to UN, four out of five Syrian refugees live outside camps, often in miserable living conditions. Thus, if the refugees are in need of help, they will be transported to a nearby refugee camp. These camps will be modified, with far more access to surrounding communities than currently, to make them less isolated. This will likely increase quality. I will also create marketplaces in each refugee camp. This is proven to work. For example, in Zafaari, there is a market place, and the quality of living is amazing. SOs and so numbers are above poverty line. The only thing I wish to change about this system is the fact that the economy is only limited to within the camp itself. I wish to extend the economy to nearby local communities so that natives and refugees will intermingle, and at the same time the money in the refugee camp can circulate back to the Jordanian government. I also wish to create a social media system that allows separated family to contact each other, even those in current danger zones. This way, all will be happy and content, and the refugee crisis will be solved.

Solving the refugee crisis is important because Jordan. Jordan is the only country to fully engage in opposition against ISIS. It needs full attention upon its war-making efforts, so refugee crises solutions are that much more important. Because of this, we need to save the refugees trapped out of their homelands.

Cindy is senior at Henry M. Gunn High School and is incredibly honored to be a part of the Rising Star Magazine team. She enjoys belting out Disney songs, playing piano, watching Chinese dramas, and babysitting. Cindy serves as California DECA's VP of Silicon Valley and is also the singing teacher at FCSN and the President of HEARTS Nonprofit. She can be contacted at cindy@risingstarmagazine.com
Previous Why Sports?
Next Journeying Home: A Place Where I Was Shaped