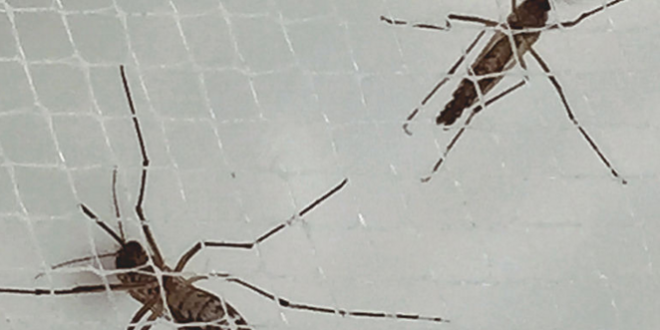 …But don’t fret! It’s with good in mind: to eliminate a disease-carrying, invasive species of mosquito—the Aedes aegypti. 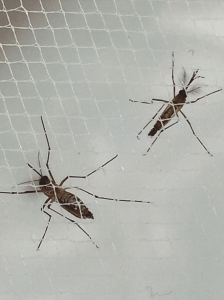 What might seem like a counterintuitive initiative from Verily—formerly named Google Life Sciences—the aim is to kill the population from the inside. Verily has engineered these mosquitoes to be entirely male and sterile; thus, once they mate with wild female mosquitoes, the eggs will be infertile. Eventually, California’s Fresno County will no longer be inhabited by this species, responsible for spreading Zika, dengue, and chikungunya.

Considering Aedes aegypti, colloquially named yellow fever mosquitos, have been in the area since 2013, this operation—titled Debug Fresno—represents remarkable progress in improving public health through biology and engineering. Debug Fresno is Verily’s first field study in the U.S. for what they call the Debug Project, “an initiative at Verily to reduce the devastating global health impact that disease-carrying mosquitoes inflict on people around the world.”

Since mid-July, Verily has been releasing one million sterile, non-biting male mosquitoes in Fresno every week for a grand total of 20 weeks, while in collaboration with Fresno’s Consolidated Mosquito Abatement District. This is the result of a pilot test done in 2016 with CMAD and MosquitoMate. Now, the 2017 rollout brings a more than 25x increase from the pilot. Nevertheless, Verily continues to take data and infer the efficacy of this relatively new technology by comparing the adult population density and egg hatching of yellow fever mosquitos in targeted areas to two control neighborhoods.

To touch on the science briefly, Verily’s mosquitoes have been infected with Wolbachia, bacteria that, while present in a substantial portion of all insect species, is not normally found in Aedes aegypti. Not only does the Wolbachia render the male mosquitoes sterile to females without a Wolbachia infection, the bacteria also helps mosquitoes resist carrying diseases right off the bat. Beyond the bacterial biology, Verily has also developed technologies like “automated mass rearing and sex-sorting processes” to breed and release mosquitoes at an impressive scale.

Although none of the viruses A. aegypti is known for are currently spreading in Fresno, the initiative provides an exciting look into what is in store for the future as well as science’s impact on public well being. At the same time, however, Debug Fresno also raises new questions of where we draw the line for tampering with other species. Fortunately, the use of Wolbachia means Verily is not actually modifying the mosquitoes’ genetic makeup—rather, simply infecting them. Still, the human desire to pry further must be addressed and regulated before it’s too late.

Cindy is senior at Henry M. Gunn High School and is incredibly honored to be a part of the Rising Star Magazine team. She enjoys belting out Disney songs, playing piano, watching Chinese dramas, and babysitting. Cindy serves as California DECA's VP of Silicon Valley and is also the singing teacher at FCSN and the President of HEARTS Nonprofit. She can be contacted at cindy@risingstarmagazine.com
Previous The Affordable Care Act: Its Past and Its Future
Next Living a Sustainable Life