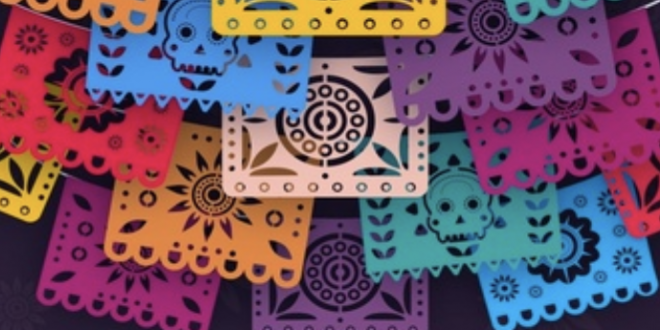 Dia de Los Muertos is a Mexican holiday, also known as the Day of the Dead. This holiday is celebrated from October 31st to November 2nd. It is said that during these days, spirits cross over from the land of the dead.

People celebrate this holiday by going to cemeteries and bringing the spirits’ favorite foods and drinks. Tamales and atole are common foods and beverages brought for the deceased. The spirits are said to eat the essence of the food. While at the cemetery, people clean the graves of their loved ones and put up ofrendas, which are altars with food and pictures. Graves are also decorated with marigolds, which are thought to lead spirits to their grave and the offerings for them. The spirits of children are given toys and candy, like sugar skulls and candied pumpkin.

Different towns have different traditions for Dia de Los Muertos. In some towns, such as in Patzcuaro, children’s deaths are celebrated differently from adults. In other places, people are invited to other houses to pay respect to people who had passed away in the previous year. Some other towns traditions include children dressing up and asking for candy of money, similar to Halloween’s tradition of trick-or-treating.

Dia de Los Muertos celebrates the spirits of people’s loved ones, with many unique traditions. This holiday continues to impact people’s lives to this day.