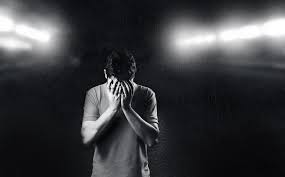 When things don’t go as planned, we all have different reactions to our apparent failures. Some of us feel down, others channel their frustration through anger. Indeed, when we don’t succeed at something we deeply care about, we often begin to question what it is that prevented our success and fantasize about alternate scenarios.

The most elementary line of thinking is that the situation posed structural obstacles that made it impossible for us to win: aka, a predetermined prejudice in some situational factor or simply luck. It can be easy to justify losses by shifting the blame to circumstantial factors we can’t control, as it validates our own efforts and indicates that we were poised to win until something made it impossible, so it doesn’t matter how much harder we try. Realistically, however, it is unlikely that we cannot overcome unexpected obstacles. Theoretically, if we prepare or practice more, bad luck should not pose a major difficulty. As a result, even if luck or structural disadvantage played into our failures, there is always action we could have taken to eliminate those barriers or at least minimize them.

On the other hand, some like to place all the blame on themselves, believing that their inadequacies are what ultimately led to them coming up short. Like the aforementioned belief, this idea is ignorant as well: it is improbable that luck or situational factors did not affect the results at all. In addition, it could very well be that one’s performance was unusually hindered to an extent unrepresentative of their typical condition. As a result, it is naive to aggressively self deprecate in the face of failure.

Realistically, though, most people do not fall squarely in one camp. Often, people oscillate between the two lines of thinking, constantly unsure if their failure was due to luck or controllable factors. Consequently, they may incessantly analyze the situation, attempting to decide if their own efforts could theoretically have been sufficient enough to overcome structural disadvantages. It is easy to descend into a vicious spiral of overthinking, never being able to satisfy themselves with their interpretation. This inability to find closure can be damaging to progress: constantly thinking about what has happened detracts from future improvements. Thus, when faced with failure, it is crucial that we do not linger too long on history. Instead, after a quick analysis of what went wrong, we must redirect our attention towards the future and continuously work to improve ourselves.