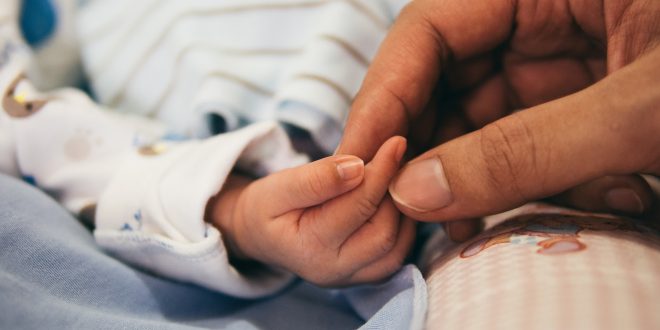 Can a baby be born two times?

Written By: Yiwei An

Can a baby be born twice? The answer is yes! CNN interviewed the mom, who gave birth at Texas Children’s Hospital.

The birth was a miracle. During an interview, mother Margaret Boemer remembers waiting for the results of a routine ultrasound. “The doctor came in and told us that there was something seriously wrong with our baby and that she had a sacrococcygeal teratoma,” says Boemer.

A sacrococcygeal teratoma is a tumor that occurs in 1 out of every 35,000 births and could be potentially fatal for the fetus. While the baby was developing, the baby was fighting the tumor. At 23 weeks, the tumor was nearly larger than the fetus and was stealing its blood supply. The situation was dire—the tumor was shutting the baby’s heart down.

“It was an easy decision for us: We wanted to give her life.”

Despite other doctors telling Boemer to terminate her pregnancy, Boemer decided to go through with the painful surgery. The fetus was 23 weeks old when doctor Darrell Cass and his team performed the 5 hour procedure. They opened up the mother’s uterus, exposing the baby to remove the tumor, and then sealed the uterus once the tumor was removed. Despite being bedridden at the hospital for the rest of her pregnancy, Boemer was very glad to have the procedure done. “It’s kind of a miracle you’re able to open the uterus like that and seal it all back and the whole thing works,” Cass said.

Baby LynLee was born properly 12 weeks later on June 6 and came out healthy at 5 pounds and 5 ounces. After her checkup in the neonatal intensive care unit, she was transferred to the nursery, and brought home weeks later.