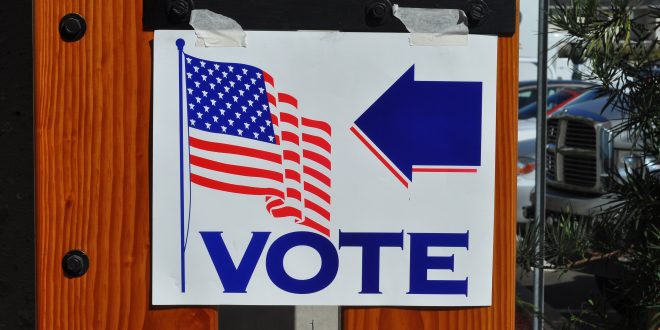 With midterm elections coming up, voting on various propositions relating to a diverse variety of issues has commenced. Some people study the guides and information intently, while others either scan the descriptions and check a box hastily or don’t even express their opinion at all. Even so, each and every vote, whether educated or uneducated, carefully made or random, counts equally towards the passing or rejecting of each proposition. California’s Proposition 12 is one of these.

To understand Proposition 12, it’s important to know about Proposition 2 from a decade ago. This proposition in favor of putting a stop to animal cruelty in the agricultural industry mandated that farmers house pigs, calves and hens in cages that allow these animals to turn around freely, lie down, stand up, and fully extend their limbs. If these guidelines were not followed, these farmers were legally not allowed to sell their products.

Critically, soon after, the industry sued. The provisions were too vague, they said, and didn’t allow them to make a definite decision on what size was too small or just enough. As a result, this year’s Proposition 12 was drafted. This time, the measure creates more concrete requirements for cage dimensions. More specifically, it mandates that hens are give one square foot of space, and calves are given 43 square feet.

At first glance, it seems that this proposition has good intent. In the argument endorsing a yes vote in the California’s Voter’s Guide, it explains that voting yes prevents livestock from being crammed inside small cages for their entire lives, stressing that Prop 12 is a step towards stopping animal cruelty. It’s extremely intuitive, therefore, that a proposition giving concrete dimensions for caging would benefit these animals from cruel treatment.

And yet, the argument against the proposition is strong. It looks at the fine print more specifically, and points out that they only allocate hens one square foot of space. Even though the proposition makes the regulations clear and concrete, it gives egg-laying hens an overall decrease in space, because a square foot is not enough to stand up, turn around, and stretch out their limbs in. As a result, voting yes on Prop 12 would likely increase animal cruelty by allowing farmers to shrink the size of their cages, making hens more uncomfortable.

Proposition 12 is a mind-boggling example of a misleading idea. A proposal that seems so obviously beneficial on the outside actually held provisions that made the original situation worse than it already was. At first glance, it would be impossible to even guess that there is any opposition to its signing, or it would be guessed that the opposition is full of agricultural companies seeking profit. Of course, the opposite is true. This is even scarier when taking a step back and looking at the grand scheme of voting. If it takes so much effort to find the “catch” in misinforming proposals, it’s fair to assume that many Californians do not end up seeing it either. As a result, this makes it very easy for sketchy and misleading laws to be passed, as most voters either do not have the time or do not want to spend the effort poring over hours’ worth of voting material and information. The voting process almost mirrors the general purchase of goods, with the better advertised proposition being voted up, thwarting an informed decision based on real substance. Our only hope is for citizens to choose to increasingly educate themselves, taking the effort to gather information about issues that will directly affect them in the future.