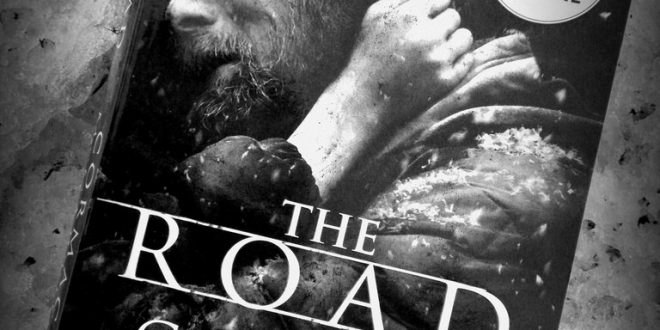 In The Road, a post-apocalyptic fiction novel by Cormac McCarthy, a father and his son travel through a dark world over a duration of several months scavenging for resources necessary for their survival. McCarthy effectively explores the theme of morality through a myriad of methods, most notably relying on the use of allusions and a unique, desolate approach on the use of punctuation and language.

Throughout The Road, McCarthy explores the theme of human nature, whether innocent or evil at birth and whether corrupted or tamed by society. McCarthy’s style of writing does not implicitly define morality, but rather suggests it to be indefinite. In The Road, the idea of morality is defined to be something that is indefinite, malleable, and possibly influenced or predetermined by a higher authority. McCarthy acknowledges the existence of extremes and also warns against those extremes by depicting the harsh environments that have resulted due to society’s wayward ways that may be deemed to be morally wrong. Regardless of what morality’s true nature or definition may be, The Road forces society to realize the best and worst in human nature, recognizing the beauty of one spectrum and the horror of the other.

To all those who may be interested in exploring the desolate side of human nature, I recommend McCarthy’s book, The Road, which communicates these themes through Modern English writing. Ultimately, what remains constant throughout McCarthy’s works is the accessible language and thought provoking scenarios which will appeal to both young and old readers alike—a timeless unifying factor that persists across generations.