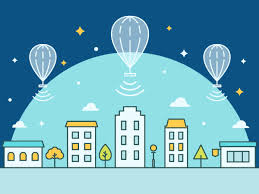 On October 20, Google’s parent company Alphabet officially deployed two high-altitude balloons delivering the LTE internet services to areas of Puerto Rico where cell towers were knocked out by Hurricane Maria. Hurricane Maria devastated the U.S. territory since making landfall last month and killed 49. Less than a fifth of the island has electricity, half its cellphone towers are still not functioning, schools are closed, and more than 4,000 are in shelters.

The two balloons, part of “Project Loon,” are more than 60,000 feet above Puerto Rico enabling texts, emails, and basic web access to AT&T’s 4G LTE customers. The balloons serve to replace the cell towers that were destroyed by Hurricane Maria. However, they are not capable of providing service on its own; they serve as a delivery mechanism and rely on cellular carriers to provide services. They are also solar-powered and only provide signal during the day.

Several more balloons are on their way from Nevada, and Alphabet has been authorized by the Federal Communications Commission to send up to 30 more. Loon’s balloons have been used in a number of regions across the globe since 2013, including in Peru after the country was struck with massive rains and extreme flooding in May 2016.

The effort in Puerto Rico marks the fastest deployment of cell balloons, and it is aimed at helping nearly 3.4 million residents of the island regain connectivity. Alphabet stated that even with the previous deployment, “Project Loon” is still an experimental technology and it has yet to be seen how well it works.

Roger is a junior at Carlmont High School in Belmont, California. Roger serves as an officer of Help Everyone and Remember to Share (HEARTS) non-profit. Roger founded the first California Business Professionals Association (BPA) club at his high school and is active in other STEM related clubs. Outside of his busy school schedule, Roger practices karate, plays saxophone, reads, and volunteers for several worthy social causes in the US and China. Roger is extremely honored to serve as the News Column editor for the Rising Star Magazine.
Previous CTE Courses: What are they and why are they important?
Next Friendship