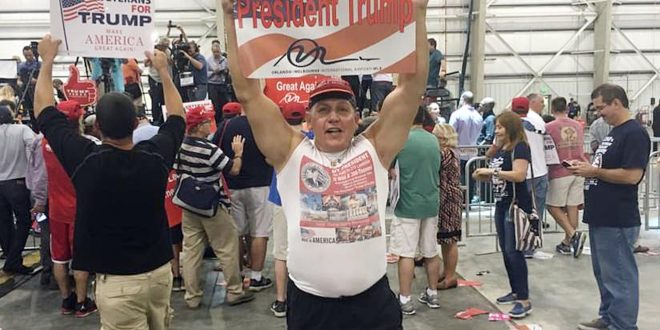 Federal investigators caught Cesar Alteri Sayoc Jr., 56, the man who has sent at over a dozen bomb packages to various critics of President Trump in October. None were able to go off, and no one was hurt.

Sayoc is believed to have sent 16 bombs to 13 targets. He originally had 100 bomb targets planned, but was arrested before they could be delivered.

This attack targeted news organizations and individuals that have been known to previously criticize President Trump, most notably former president Barack Obama and previous presidential candidate Hillary Clinton. Officials did not reveal all of the 100 targets but they have notified the potential targets who appeared on Sayoc’s list.

Sayoc is being charged with 30 counts whose maximum sentence entails a life in prison.

Sayoc was found in his van that was plastered with extreme right-wing images and slogans he printed off of social media parked outside an auto parts store near Fort Lauderdale after the investigation discovered a fingerprint and pulled Sayoc’s DNA from a few of the bomb packages.

There are still ongoing questions that have not yet been answered in the days after Sayoc’s arrest. Why haven’t the bombs detonated? Were they constructed so that they could detonate in their own? Or were these devices just constructed to strike terror and division into the political parties?

Previous How To Be Kind to Yourself
Next The Camp Fire