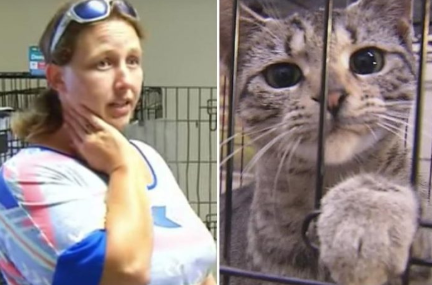 Woman Arrested After Giving Medicine to Pets During Hurricane Florence

Tammie Hedges of North Carolina rescued 27 cats and dogs during Hurricane Florence. Hedges, the founder of a nonprofit rescue organization, had gathered volunteers to search for neglected pets. She and several volunteers had found the 17 cats and 10 dogs in the streets, and converted a warehouse into a temporary shelter for the animals. She and others applied medicine to the injured pets.

Despite her actions, officials arrested her for practicing veterinary medication (painkillers and antibiotics) without a license.

Hedges turned in the pets to Wayne County’s Animal Services Department, where they are being claimed by their owners.

Hedge’s arrest has caused much controversy, as many see her actions to be right and just. Supporters have raised $20,000 on GoFundMe to help with Hedge’s legal costs.

Hedge’s animal rescue organization has always been nonprofit and depends on volunteers and donations. Kathie Davidson, a volunteer for Hedge’s organization, had stated that they were only trying to help the animals that were left behind in the evacuation. Hedges had been released on a $10,000 bond but was recently cleared of all charges. Her organization is now recovering and furthering their goal: to help animals in need.