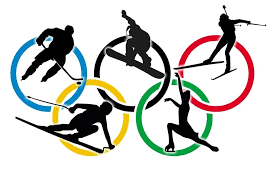 The 24th Olympic Winter games will be here in just a few months. On December 4, 2022, Beijing will host the 2022 Winter games. This Olympics will include 109 events in seven different winter sports. There is much anticipation as Beijing usually pulls out all the stops to create a great show.  But after the Tokyo Summer Olympics, there is some question of how Covid will affect the event. Tokyo saw a rise in Covid cases immediately after the Olympics, mostly driven by the Delta Variant. With Omicron emerging as a new variant of concern, Beijing may have a lot to contend with. Let us hope that lessons were learned from the summer Olympics. Another shadow over the Winter Olympics is the threat, by President Biden, of a U.S. boycott of these games.  This was previously done in 1980 by President Jimmy Carter, who decided to inject politics in what is ostensibly an apolitical, coming-together of nations, by calling a boycott of the Moscow Summer games. With these caveats out of the way, lets continue to the games.

Everyone has their favorite sports in the Winter Olympics. One of the most popular spectator sports is figure skating, which, at the most recent world championships, was dominated by the Russian team as led by great Anna Shcherbakova.  One of the quirkiest sports has to be curling, the art/sport of sliding a small granite boulder across ice to reach a target circle. While Sweden and Canada consistently rank at the top of curling nations, the U.S. cannot seem to get enough of this equivalent of darts on ice. While this may be a bit politically incorrect in the current climate, I love the biathlon, which consists of skiing and shooting. It is interesting to note that this sport is dominated by Germany, France, and Sweden, which rank near the bottom of nations in gun violence.  My question is, why don’t they have skiing and archery, or better yet skiing with your 44 lbs. stone and then curling. One of the newer and yet most dangerous Winter Olympic sports is snowboarding. Analysis of the statistics from the 2006 Winter Olympics found this to be the most hazardous due to injury.

Whether you are drawn to sports of skill, grace, or danger, you will find something to enjoy this February.  So, get your popcorn and hot cocoa ready and fire up that new big screen TV you got for Christmas. The 24th Winter Olympics is set to begin.

Previous ​​How to Study for a Test
Next Kyle Rittenhouse Verdict