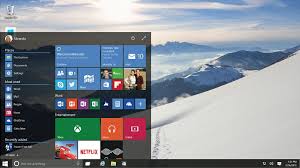 Windows 10: The Last Version of Windows

Microsoft has confirmed that Windows 10 will be the last major Windows release, with all subsequent updates issued as regular installments.

At Microsoft’s Ignite conference, a developer Jerry Nixon, stated, “Right now we’re releasing Windows 10, and because Windows 10 is the last version of Windows, we’re all still working on Windows 10”.

The company confirmed Mr. Nixon’s comments in a statement issued to the Verge, emphasizing there would continue to be a “long future of Windows innovations”.

“Recent comments at Ignite about Windows 10 are reflective of the way Windows will be delivered as a service bringing new innovations and updates in an ongoing manner, with continuous value for our consumer and business customers,” a spokesperson said.

The newest version of Microsoft’s operating system is due for release around the end of July, according to chip maker AMD. Though designed to be used universally across all Windows platforms, including HoloLens and Xbox, the PC version will be the first made available, while Windows Phones users will have to wait.

New feature Continuum has been designed so individuals using Windows 10 with a mouse and keyboard will see the new system in classic desktop mode, but switching to a tablet or smartphone will transform it into touchscreen mode.

Previous In the Steps of Our Fathers: Intolerance in the Land of the Free
Next Exercise Foods