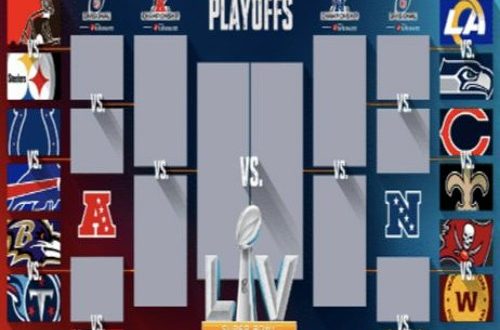 The NFL regular season has flown by in a blink of an eye, and only 14 teams are left standing. Many people have their predictions of what will happen—so similarly, I will address a logical standpoint of the playoffs and the probability of each making it past the first round.

Three games took place on Wild Card Saturday, the first being the Colts versus the Bills. Both teams have played exceptionally well, but no one expected such an impressive performance from the Bills, with Josh Allen finally stepping up and possibly becoming an MVP contender, as well as Stephon Diggs, who ended the season with the most receiving yards. Everyone is expecting the QB-WR duo to shine. Philip Rivers, the Colts quarterback, had a rough start to the season, but returned to the game and brought the Colts into the playoffs. T.Y. Hilton has shone throughout the seasons as well as rookie Michael Pittman Jr. who we also expect to play well. Both teams also have strong defense, so it will be fascinating to watch who will advance to the next round. My money is on the Bills, especially after their impressively dominant season. Doing so would be well deserved, considering that they have not won a playoff game in 25 years.

Afterwards, the Seahawks will be playing the Rams at Lumens Stadium. Jared Goff, who recently had surgery on his thumb, may or may not play during the game. Cam Ackers will definitely be leading the charge in the rushing game if this is the case. Cooper Kupp and Robert Woods will also have good games if they continue to play as they have in the past. But, what will truly pose a threat to the Seahawks is the Rams’ defense. Their pass rushing is one of the most brutal in the league with Aaron Donald leading the charge as one of the greatest defensive linemen ever. Not only is the D-line scary, D.K. metcalf, WR1 of the Seahawks will have a difficult time getting past Jalen Ramsey, as we have witnessed in previous games. The Seahawks’ offense will have a difficult time, and their defense is already weak, giving their opponents lots of opportunity. Personally, I hope the Seahawks advance, but sadly, it seems unlikely.

In the evening, the Washington Football Team will be playing the Buccaneers. No one questions the strength of the Bucs, with their dominant offense led by three-time MVP quarterback Tom Brady, as well as Antonio Brown, Mike Evans, and Chris Godwin, probably the strongest offensive squad in the league. Washington stands almost no chance at beating the Bucs, but their defense has proven to be strong. The Bucs will most likely be moving on to the next round.

Next we have the Ravens and the Titans, both highly competitive teams who have equal chances of winning. Ryan Tennehill who has proven to be a franchise quarterback for the Titans has had a great season, and alongside him, Derrick Henry, a contender for OPY and one of 7 people in the history of football to reach over 2000 rushing yards. The Ravens will be led by previous MVP winner Lamar Jackson who has two weapons, J.K. Dobbins, who has played very well recently, and Marquise Brown, who is very reliable. Both teams have strong defenses too. Though the Titans beat the Ravens the last time they played, the Ravens did not have Marquise, so I am betting on the Ravens taking the game this time.

Next up, the Saints will most likely beat the Bears. They have had a dominant season and the Bears have been lackluster. David Montgomery and Darnell Mooney have potential to be very good weapons for the Bears, but they have not yet reached their full potential. Alvin Kamara had a dominant game of 6 rushing touchdowns two weeks ago, and has proven to be a top 4 running back. Though the Bears did stand well against the Saints in week 8—losing only by three points—the Saints seem to have the better chance.

Lastly, the Browns will be facing the Steelers, after having played them just recently last week. The Steelers did lose by two points, but that is because the Steelers were using relievers in order to get their starting lineup to be rested and well. The Steelers also have a dominant defense which has not failed to put down any opponent. At the same time, the Browns have been playing well in the second half. I am betting on the Steelers to take it to the next round.

The playoffs will be extremely entertaining to watch, especially with many teams having done so well in comparison to their previous seasons. The Super Bowl is growing closer and closer, so place your bets, and enjoy Wildcard Weekend.