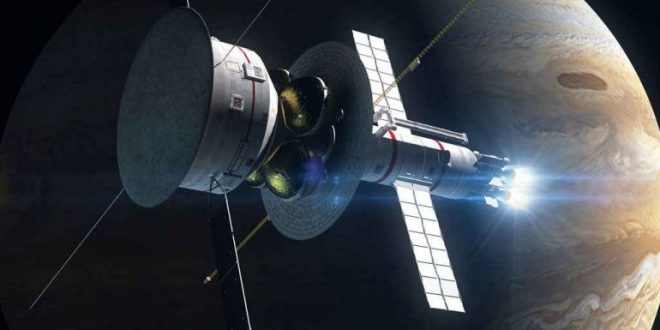 NASA recently announced 22 new projects. And some of them are really crazy. For example, jumping from planet to planet using a laser sail, solar powered weather balloon, rovers on pluto, and more. For NASA’s ideas to receive funding, it has to go through 2 steps.

In step 1, teams are granted $125,000 and nine months to refine designs and explore possibilities. Peers then review the project, and if deemed worthy, move on to step 2. In step 2, teams then receive up to $500,000, and in two years of time, teams continue to develop their ideas.

One of these ideas is a interstellar space travel system. A huge laser array would be created on Earth, and beamed to a spacecraft. The spacecraft would then convert the beam into electrical power, and thus power its way across the solar system. This laser-based propulsion system could send spacecraft to Jupiter, and proves to be full of potential.

Another concept is the Venus Interior Probe. The probe would drift on a balloon within Venus’s clouds, and collect data. The probe would power itself with solar power, thus eliminating the need for batteries that may not hold enough power

These ideas are all very intriguing, and I can’t wait to see all of them become reality.

Previous The Case for Gun Control
Next Let Us Meditate Pt.2