Home / Global Environment / Why the Ocean Turning into Acid is Worse Than Deforestation. 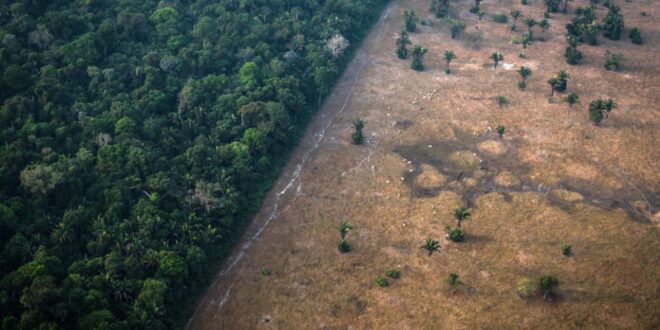 Deforestation, the action of clearing a wide area of trees. We as a species have relied on trees for millennia. We relied on them for shelter, for delicious maple syrup, and for the very air that we breathe. And how do we repay them? We repay them by cutting and burning down acres of dense forestry.

But that doesn’t really matter in the grand scheme of things. While people say that the majority of oxygen is produced by the rainforest, that is a total absolute lie. In fact only 28% of the oxygen in earth’s atmosphere is created by the atmosphere. Now you may ask yourself ‘what else creates all the oxygen then,’ well let me tell you.

Scientists estimate that 50-80% of the earth’s atmosphere comes from the ocean. The majority of the oxygen comes from trillions of colonies of oceanic plankton that each individually photosynthesise.  But, each year millions of colonies die because the ocean absorbs carbon dioxide and other harmful chemicals from the atmosphere and the millions of tons of garbage that sits in the ocean. All those harmful chemicals raise the P.H. of the ocean until it turns into acid.

Not only the plankton will die though, coral reefs will get choked to death until only their lifeless husks remain. Billions of mollusks, clams, and shellfish will have their shells melted off effectively killing them off. Entire species of fish and other marine life will go extinct. At the end of the prolonged genocide of the entirty of the marine population the oceans will be empty, null of life.

There is not a lot you can do to help but the few things you can do consist of; boycotting companies that pollute the atmosphere and the oceans. Recycling as much as you can. Spreading awareness about the ocean turning into literal acid. And join beachside or ocean clean-ups.