Home / Global Environment / Why Is It So Hot?! 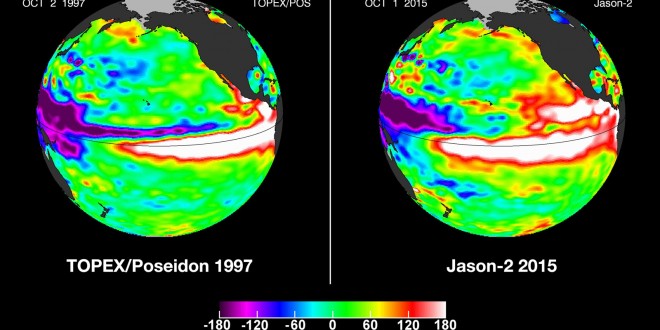 Why are the temperatures so high here in the U.S. this year?

Because of global warming, El Niño, and the jetstream, we’ve been having heated winters on the west coast and no snow on the east coast. 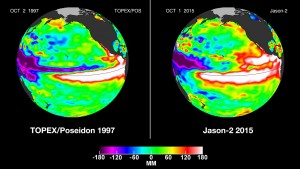 Global warming has created a big hole in the ozone layer which makes us more vulnerable to ultraviolet rays. Once you have been exposed to the ultraviolet rays for a long time, there is a higher risk of getting severe sunburns, skin cancer, weaker vision, and other side effects.

This year, we experienced El Niño, causing drastic weather changes and potentially ruining many buildings. Because of the extreme weather, there have been record rainfalls in California and Peru, heat waves throughout Australia, and fires in Indonesia. With El Niño, there is 70 degree weather in the East and deadly storms in the South and Midwest. One of the NASA satellites that measures sea surface height tells us that droughts and floods are both likely to occur. California has been in a drought these past years and El Niño may cause a sudden flood and consequently, major destruction.

Finally, a jetstream is a narrow band of very strong westerly air currents that encircle the globe several miles above the earth. The huge differences in temperature and snowfall is a result of changes to the jetstream brought by rapid Arctic warming. The Arctic region has warmed more than twice as fast as the global average. The possibility of a link between Arctic change and mid-latitude weather includes the jetstream, change in storm tracks, and planetary waves.
Image credit: NASA

Cindy is senior at Henry M. Gunn High School and is incredibly honored to be a part of the Rising Star Magazine team. She enjoys belting out Disney songs, playing piano, watching Chinese dramas, and babysitting. Cindy serves as California DECA's VP of Silicon Valley and is also the singing teacher at FCSN and the President of HEARTS Nonprofit. She can be contacted at cindy@risingstarmagazine.com
Previous Veganism/Vegetarianism
Next Vienna Philharmonic 2016 New Year’s Concert