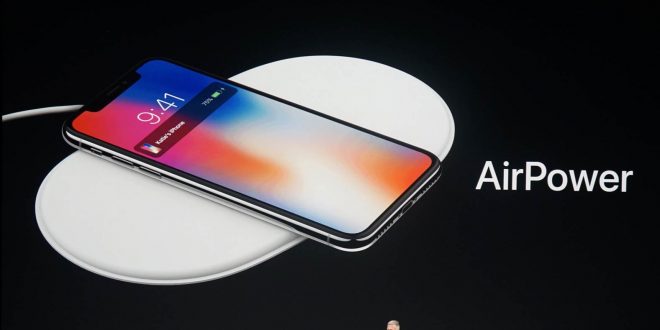 It is very unusual or even rare that Apple canceling an announced product, but on March, 29, 2019 it cancelled Airpower, the charging pad that it first announced in 2017, because of an inability to meet its high standards.  Apple’s AirPower was a wireless charging mat that, like others, plugs into the wall but transfers electrical charge into compatible devices through contact alone. You just place your devices on it and they will charge without a wire and with minimal fuss. The iPhone X, iPhone 8 and 8 Plus, iPhone XS, XS Max and XR all feature wireless charging and work with hundreds of existing Qi charging mats and accessories – the new AirPods case is also Qi-compatible.  AirPower was very similar to those existing products but it will also charge Apple Watch in addition to the iPhone and the new AirPods. It would have been big enough for you to charge all three at the same time – your iPhone, Watch and AirPods.

Since late 2018, the mat faced several issues including technicalities with the internal circuitry. The idea was that it would charge your device wherever you put it on the mat. You don’t need to be precise with your placement of, say, an Apple Watch. And, apparently, there were different sizes of coils which overlapped. And that caused heat and interference issues. The heat management problems for the AirPower were explained by Apple watcher Sonny Dickson, who said the AirPower was unable to communicate properly with devices it was charging. The company also supposedly struggled to find a way to integrate the three different charging coils required by Apple’s wirelessly charged devices into the product without generating interference.
Thankfully, AirPower isn’t the only way to wirelessly charge your Apple products. The iPhone uses the Qi standard of wireless charging, and there are hundreds of Qi wireless charging pads out there you can use instead of AirPower.