Home / Lifestyle / Who was Dinu Lipatti? 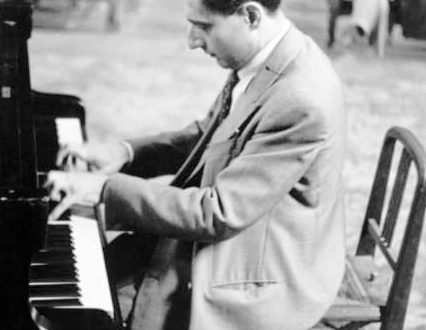 Who was Dinu Lipatti?

Who was Dinu Lipatti? One of the best pianists in the 20th century, most people in the 21st century may never have heard of this name. Born in a musical family, his father was a violinist who studied with maestro Pablo de Sarasate, and his mom was a pianist who studied with composer George Enescu, godfather of Lipatti.

Dinu Lipatti was born on March 1917, in Bucharest, Romania. He began studying piano with his mother at age of four, and later became a pupil of Mihail Jora of the Bucharest Conservatory.

In 1933, at age of 16, he entered the Vienna International Music Competition and only tied for second place. Judge member Alfred Cortot was infuriated, and a year later, he admitted Lipatti as his pupil in Paris. Lipatti made his debut recital in Paris in 1935, then played concerts in Germany, Italy, and Switzerland. Audiences in Europe recognized him as a sublime pianist on the level of Vladimir Horowitz, another prominent pianist in the 20th century.

In 1943, after performance in Vienna, Stockholm and Helsinki, he went to Geneva to meet with another maestro pianist Edwin Fischer, and accepted a professor position in Geneva Conservatory.  By December of 1943, however, what started off as a high fever was then diagnosed as Hodgkin’s Disease. Since then he had to fight this disease while made concerts in Europe and recordings for major recording company, EMI Ltd. of UK.

At the Salle du Parlement, Besancon, France in September 11, 1950, Lipatti held the last recital in his life. He played Impromptus by Schubert, and 13 Waltzes by Chopin. He kept going to the end, at least up to the 13th waltz, which he did not play due to weakness of his health condition. But he had the strength to come back and play Jesu, Joy of Man’s Desiring, making his final statement of a life lived under this motto. He passed away two months later after this concert, on December 2nd, 1950, at age 33. Right before his death, he was listening to Beethoven’s string quartet from the radio, and said, “if you want to write such music, you have to be a chosen instrument of God.” Walt Legge, recording producer of EMI said, “God lent the world his chosen instrument whom we called Dinu Lipatti for too brief a space.”

More than 60 years after his death, Lipatti remains a best-selling artist, and the search for more recordings continues.