Home / Sports / Am I White or Chinese? An Exploration into Identity and Culture 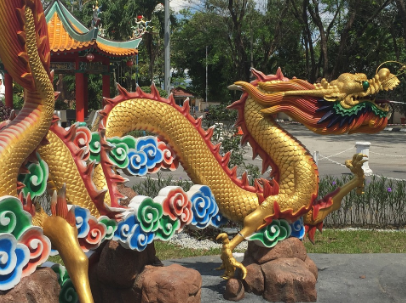 Am I White or Chinese? An Exploration into Identity and Culture

Identity, who we are and how other people see us, is an issue few people take the time to ponder on, but an issue that profoundly affects our everyday lives. Am I American or am I Chinese at heart? Do I have obligated loyalties to either country? These are questions that may very well never be answered as I move and live on my life.

Having lived in China and attended a local school there for four years, I experienced many questions that I continue to struggle to answer. There, I was the lone foreign student in my town, the “American Kid”. After a few days my classmates wanted to know, “ Do you like China or America more, why or why not?”  Every social event I went to where I was defined as a “foreigner”, I was always asked this question in varying ways. I quickly developed the generic answer of liking both countries and each having its own strengths and weaknesses and avoided anything controversial. My teachers and classmates seemed to want me to like China more, and always emphasized my Chinese heritage. My grandparents also constantly reminded me of my “Chinese blood” and where my true loyalties should lie. My teachers proudly taught China’s 5000-year history and its cultural and technological dominance over Europe in the early 1400’s.

“Chinese blood” is the very common nationalistic view in China. The view is that your “blood” defines your loyalty to the state, and since you have “Chinese blood” you should put your motherland country, China first. Gary Locke, former U.S. ambassador to China and former governor of Washington State, experienced Chinese nationalism first hand when he was blasted by Chinese state media for being a “banana” (yellow on the outside, white on the inside) when he stepped down, all because he didn’t give in to Chinese interests and fulfilled his duty in representing American interests. This action betrayed his “Chinese blood,” and was seen by many Chinese as a betrayal to his heritage and country. Although we may laugh at the Chinese state media, many of us will face similar stereotypes and discrimination in life. Many Asian Americans face an identity crisis about who they truly are.

The little box many of us have checked on the SAT or census may take just a split second to fill in with no thought, but the geopolitical consequences of our race carries wide reaching consequences. Just recently in California, Senate Constitutional Amendment 5 was returned due to a failure in acquiring enough State Assembly votes. This bill would have allowed colleges to consider race in college admissions, thereby repealing Proposition 209 passed back in 1996. Suddenly many issues we rarely thought of came to light. What race are you? What stops you from identifying as Hispanic rather than white? What is an Asian American? How will my race and how people perceive my race affect me? Many Asian Americans feared that this constitutional amendment would negatively impact Asian Americans and spoke out against it. Others however thought that affirmative action was beneficial for the state as a whole. The issue is very complex, however, I believe that as a Chinese American, I should strive to preserve what is good about my culture, while accepting American culture at the same time. At the end of the day, however, there is no scientific basis for determining your race; it is how society perceives you and how you choose to check the little box every time it comes up. The issue of race and identity will always be a recurring political and economical theme in the United States. Many will be discriminated against and stereotyped. How we choose to face this problem, however, is up for us as a society to decide.

Previous Legos: The World of Imagination
Next Thoughts on Brexit